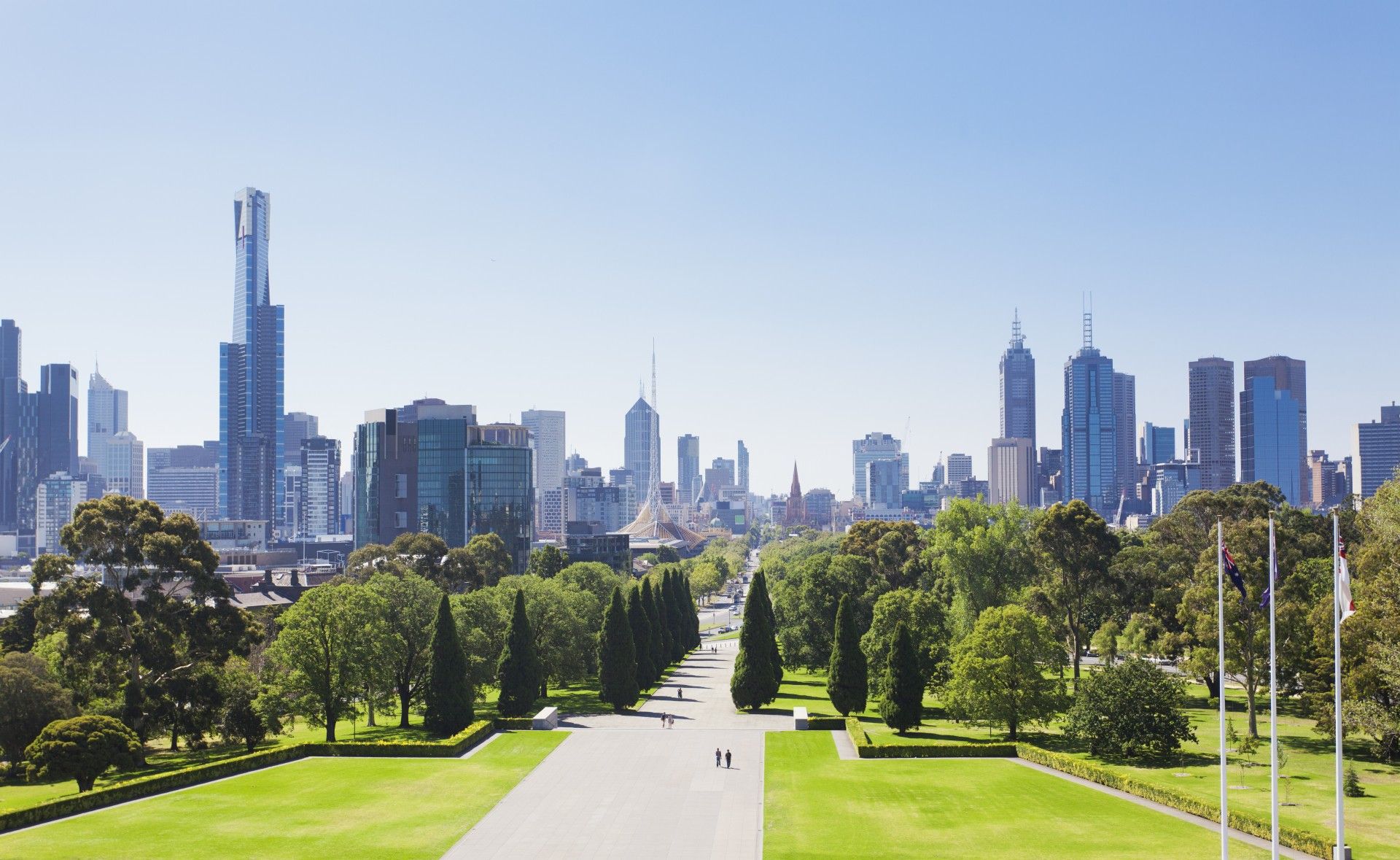 The cosmopolitan city of Melbourne, located at the head of Port Phillip Bay, is Australia’s second largest city and is home to thousands of restaurants, bars and cafes, making it a favourite of worldwide foodies.

The nearby Yarra Valley, with its vineyards and wineries simply add to the lustre of this, the Cultural Capital of Australia.

Summer in the southern hemisphere provides a perfect way to escape the bleak winter months of Europe, coming as it does between December and March. You can expect highs to range from 22°C - 25°C on average but can leap up unexpectedly to the high-thirties.

To avoid the massive crowds and not lose too much by way of climate, autumn (March to May) and spring (September to November) may very well be the best seasons for pleasant temperatures.

The magnificent Royal Botanical Gardens, which is said to host the finest example anywhere in the world of Victorian-era landscaping, should not be missed. It draws over 1.5 million each year for good reason; the universal selection of plantings and mini indigenous rainforest are just waiting for you to discover them.

For sights more modern and edgy, the street art on Hosier Lane is another fan-favourite. While the National Gallery of Victoria displays a collection ranging from modern art to ancient artefacts.

The wide, sandy beach of St Kilda is one of the most popular that Port Phillip Bay has to offer. As well as being a great spot for swimming, it also exhibits one of the best views of the city skyline and stunning sunsets.

Comprised of the Dendy Street beach, Middle Brighton and Brighton beaches, the collective known as Brighton Beach is famous for the charmingly colourful bathing boxes, and is an ideal spot for swimmers, surfers and sunbathers.

Australian pâtissier and star of his very own NetFlix show, Adriano Zumbo’s own place will leave you slack jawed at the technically adept and imaginative creations that led to TV show creators to come a-calling.

Of equally headline status, Attica is the only restaurant in Australia to feature on the San Pellegrino World's Top 50 Restaurants list. But if you fancy sampling their red kangaroo, you’ll need to book some three months in advance.

Where to begin? There’s so much choice that we’ll just dive right in: Rufus gets you old-world glamour mixed with champagne and martinins. Cocktails are the speciality of Bar Americano and Everleigh. The wine bar of Bar Di Stasio or Siglo offer a more grown-up, sophisticated choice. Or maybe one of the Craft Beer bars such as Local Taphouse, Mrs Parma’s and Beer DeLuze are more to your liking. And that’s not even scratching the surface!

With its strong food and drink culture, a vibrant live music scene, numerous film festivals, art galleries and opera productions, it’s little wonder that Melbourne is called the cultural capital of the country.

If you’re looking for specific events to schedule your travels around, the Melbourne Comedy Festival is in April, August will get you the Film Festival and the Melbourne International Arts Festival is in October. Not to mention the huge range of exhibitions and concerts that take place throughout the year.

As well as being the cultural capital, Melbourne can also lay claim to being the sporting hub of Australia, too. The locals are passionate about AFL football, cricket and even horse racing (the Melbourne Cup horse race bags everyone the day off work, believe it or not).

As well as that, grand slam tennis in the form of the Australian Open, plus the opening grand prix of the Formula 1 season every year. There are not many cities in the world that can compete with such an overflowing sports calendar.

As with most metropolitan cities, the public transport is extensive and reliable. Getting around Melbourne without a car is therefore very easy, and the Melbourne CBD is even covered by the Free Tram Zone, which allows travel in the CBD using the tram service completely free of charge.