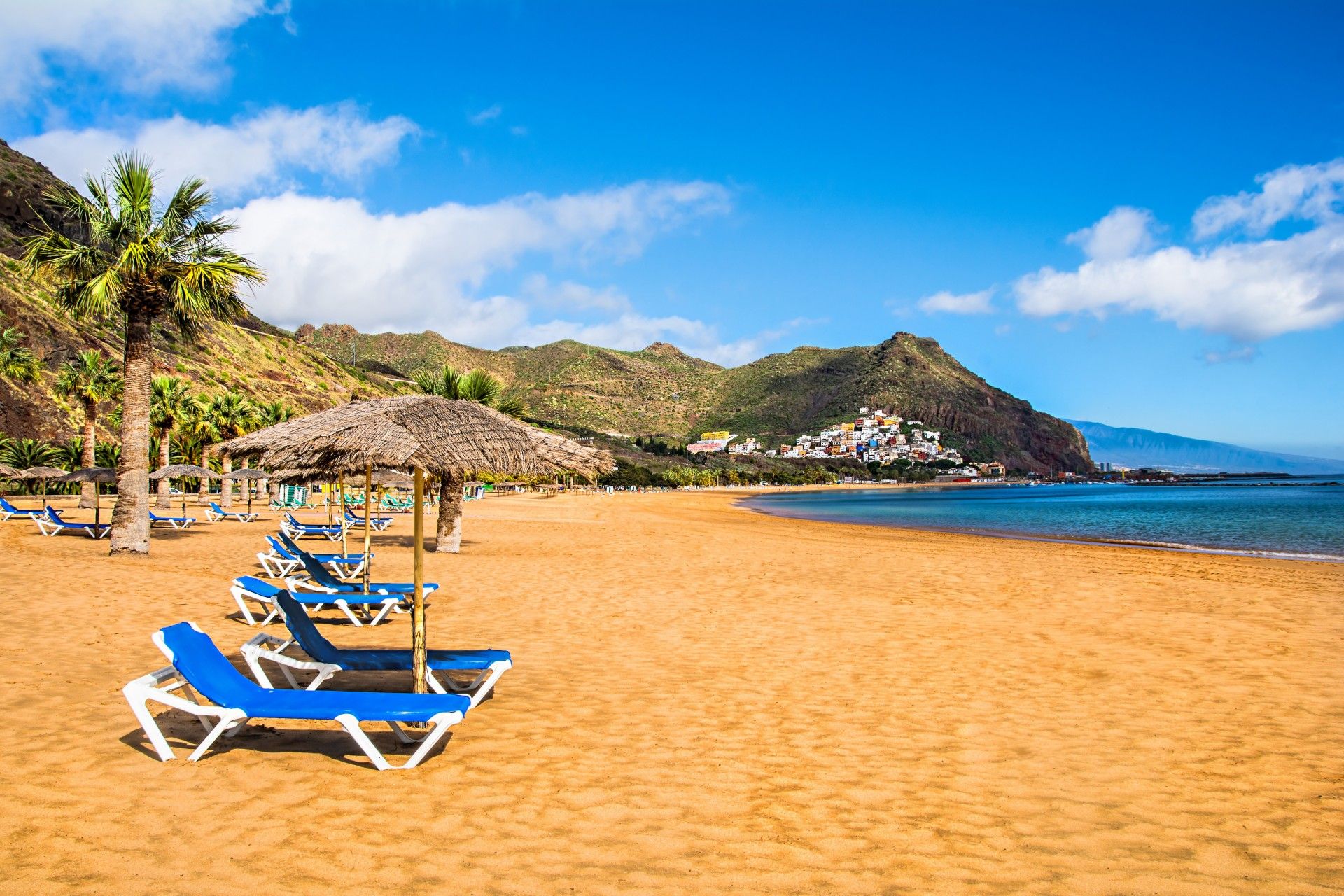 Santa Cruz de Tenerife is the second largest city within the Canary Islands and is located on the North-East of Tenerife. The region is home to the Parliament of the Canary Islands and has one of the busiest harbours in Spain. Tourists flock to Santa Cruz de Tenerife for many reasons, one mostly being the tropical climate and year-round sun, so you are guaranteed great weather whenever you visit.

One of the highlights of Santa Cruz is the Tenerife Opera House, with its unique design and large space for concerts and operas, it's highly popular with visitors as well as being a great photo opportunity. No wonder it's one of Tenerife's main tourist attractions of Tenerife and the entire Canary Islands.

Sun worshippers have to visit 'Playa de las Tiresias' in San Andres. One of the most popular beaches on the island, the beach stretches for over a kilometre in length and is one of the only beaches in Tenerife to not have black volcanic sand.