Must see attractions in Mauritius

Think of a holiday in Mauritius, and you may very well picture idyllic sandy beaches lined with gently swaying palm trees, inviting azure lagoons, as well as the iconic colonial architecture scattered across the island. However, this Indian Ocean paradise boasts so much more than just relaxation. There’s plenty to see and do, from beautiful botanical gardens and nature reserves, to world-class shopping and fascinating historical sites.

The incomparable beauty of this picturesque paradise is evident in the sheer range of the island’s breath-taking views, places of natural beauty, and intriguing attractions that are yours to discover. Of course, the best way to get to know Mauritius is to visit the island yourself, and this handy guide will help to pinpoint some of the top attractions that you really won’t want to miss. 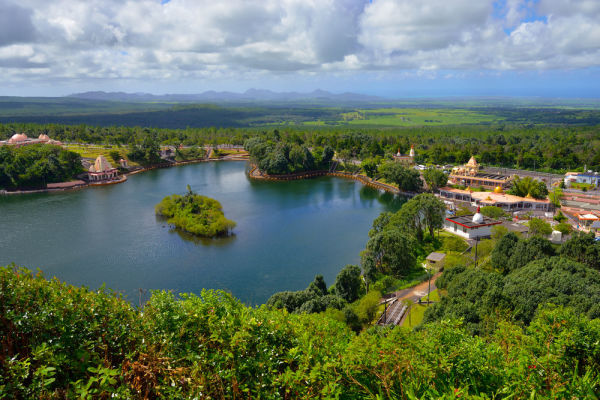 Known in English as ‘deer island’, this idyllic spot sadly no longer has any wild deer roaming around, but what it does have is some of the most beautiful beaches in all of Mauritius. Located off of the east coast, this island of paradise offers unrivalled relaxation and swimming. 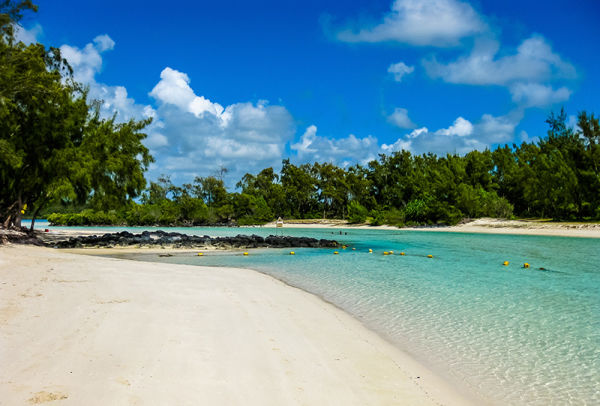 Trou aux Cerfs is a dormant volcano that dramatically rises some 600m from the surrounding Curepipe landscape. Here you can climb to the top to admire incredible 360-degree panoramic views of the rest of Mauritius, safe in the knowledge that the volcano has been inactive for the last 700,000 years. 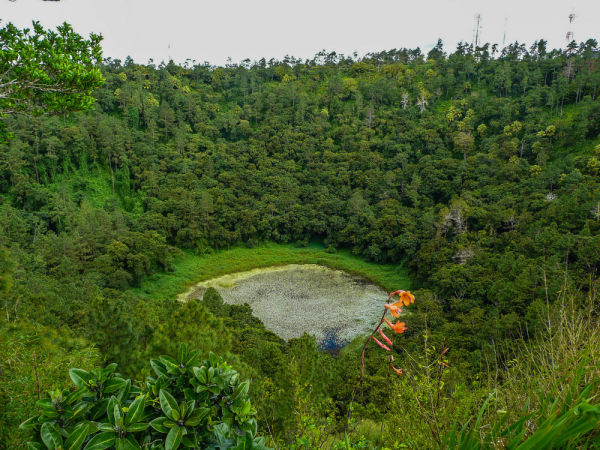 This secluded mountain lake in Savanne is considered holy by the Hindu community of Mauritius. Known locally as ‘Gango Talao’, this peaceful lake is flanked by ornate temples and statues dedicated to the Hindu gods and Lord Shiva. This sacred place is both fascinating and breathtakingly beautiful, which makes for an unforgettable experience. Here you can witness natural and manmade beauty working in perfect harmony. 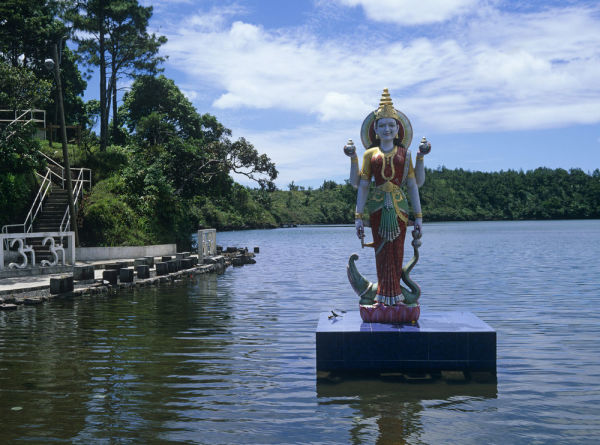 This major tourist attraction is famed for the Chamarel falls and the curious ‘Seven-Coloured Earth’. The falls tumble through dense vegetation, spilling into three separate pools alongside the gorge, whilst the ‘Seven-Coloured Earth’ of Chamarel is a geological phenomenon comprising of elaborate swells of different naturally coloured clays. It’s the only place in the world where these types of clay have been found in one place, and the colours are something to behold. 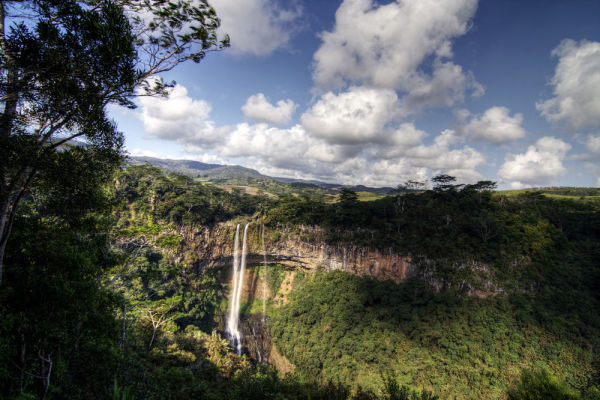 This tiny coral island can be found across the water from Mahebourg – a town along the southeast coast. This special place has been declared a nature conservation site under the protection of the Mauritius Wildlife Foundation. Some of the world’s rarest birds can be seen here, including kestrels, green geckos, giant tortoises, and the extremely rare Pink Pigeon. There are also eighteen plant species on the island that are considered endangered. Guided tours are available to encounter some of this precious wildlife, as well as to better understand the work that’s being done to protect it.

Also known as the Pamplemousses Garden, this popular tourist attraction can be found close to Port Louis, and is the oldest botanical garden in the southern hemisphere. Originally built in 1767 by Pierre Poivre, these spectacular gardens span 37 hectares, and are rich with an abundance of exotic and fascinating plant life. Most noteworthy are the famous giant water lilies, spice garden, and a collection of palm trees from all around the world. 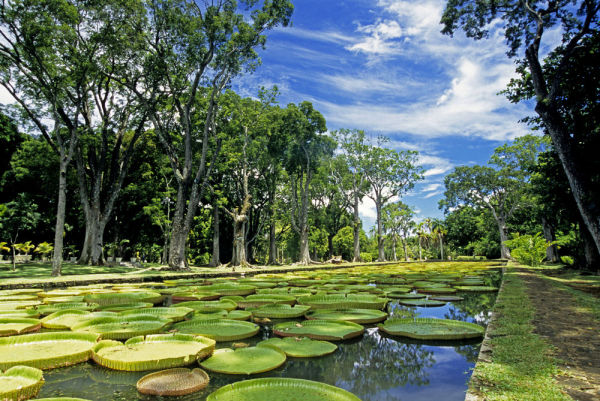 Port Louis - the capital city of Mauritius – retains the colonial feel of its historical past, with grand structures such as La Citadelle standing to this day. This must-see place includes attractions such as the Caudan Waterfront, the Mauritian Chinatown, and the old Port Louis theatre, as well as plenty of museums, galleries and entertainment. The range of restaurants and bars here in the capital, as well as its connection to the rest of Mauritius, make it an ideal destination for a base from which to discover the rest of the island. 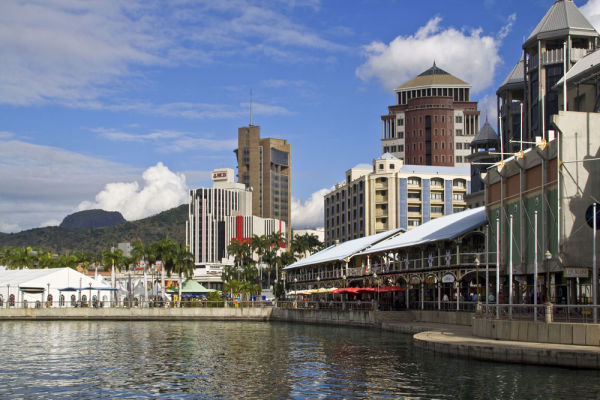 Found in Port Louis, this charming stamp museum contains two of the rarest stamps in existence. The red and blue penny stamps were issued in 1847, and are preserved by only allowing light to shine on them for minutes at a time. They are considered national treasure, and are important to the government of Mauritius. 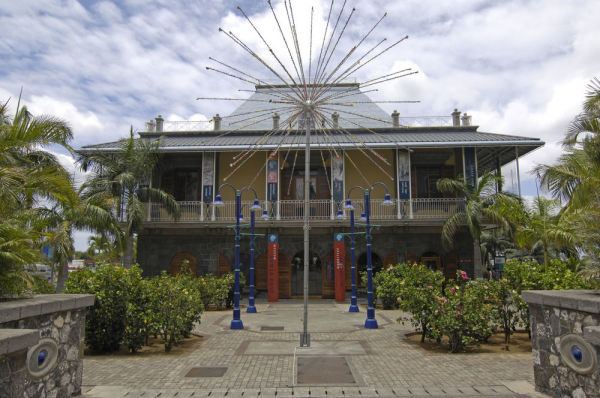 Despite still being part of Port Louis, the Natural History Museum deserves a mention of its own.It was founded in 1880 and has a variety of exhibitions on show as well as a large library collection of more than 50,000 books.It has amazing examples of native mammals and birds and includes a separate exhibition on the dodo. For those who are unaware the dodo is an extinct flightless bird that was native to Mauritius but was hunted to extinction. This was partly due to it being fearless of humans due to lack of significant predators, which made them easy prey for sailors. The last accepted sighting of a dodo dates back to 1662, the museum itself features a genuine dodo skeleton. And best of all the museum is free to the public.

Reputed to be the largest home on the island, Eureka House was restored and opened to the public in 1986. There are numerous separate areas to the building, which are dedicated to music, art, and house wares from around the world, as well as a collection of antique maps and some quirky features such as an old colonial-era shower. Beautiful gardens surround the house, as well as waterfalls formed from the Moka River. 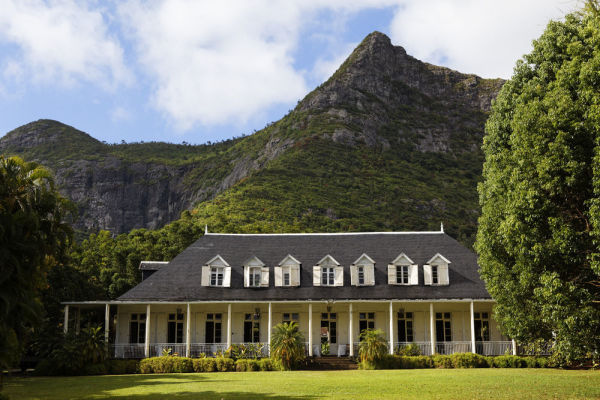 The small village of Flacq in the east of Mauritius boasts one of the largest open-air markets in the country. Here you can find all manner of trinkets and produce from the skilled workers of Mauritius, and the market itself is full of vibrancy, and bursting with colour, which attracts large crowds of people. 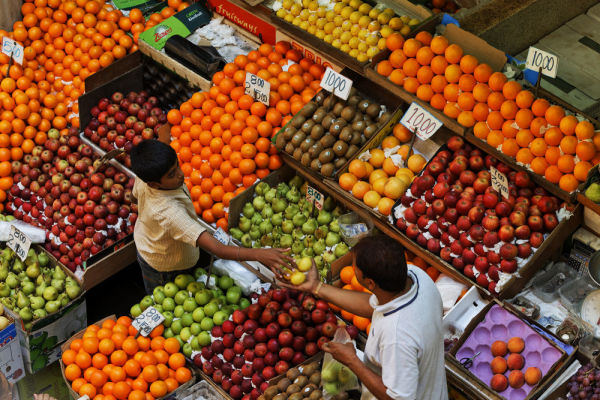 The Hindu community in Mauritius annually celebrate the festival of lights throughout October and November. Diwali is a celebration in honour of Lord Ram who returned after defeating King Ravana. At this special time of year, the people of Mauritius decorate their homes with oil lamps and coloured lanterns, as well as clay murals.

This has been just a brief insight into what Mauritius has to offer. The island is a place of serene majesty, and is an absolute must for those looking to broaden their horizons. Whilst there’s no way to see absolutely everything, we hope that this list will allow you to pick and choose a few personal must-sees, so that you can get the very most out of your trip.

Sega is the name of one of the biggest genres of music in Mauritius, it originates from the music of the slaves from the island and is often sung in creole. It is created with traditional instruments such as the ravanne, like a large tambourine made out of goat skin that needs heating before playing, and the triangle. It was originally sung as a form of protest against injustices and was essentially improvised and very emotional. This music was once a form expression from the slaves about their tribulations but it is now regarded as a fundamental part of Mauritian culture. Sega music is also a key part of Mauritian dirges and traditional exorcisms, and is often accompanied with an infamous dance. The key aspect of the dance is that the dancer’s feet never leave the ground and instead their whole body moves. Nowadays the dancer’s outfits resemble similar costumes to those of flamenco performers but often with exposed stomachs, the idea being that as the dancer shifts and moves in time with the music, the dress resembles a flower.If you get a chance to see the tradition Mauritian Sega dance, do not miss out! 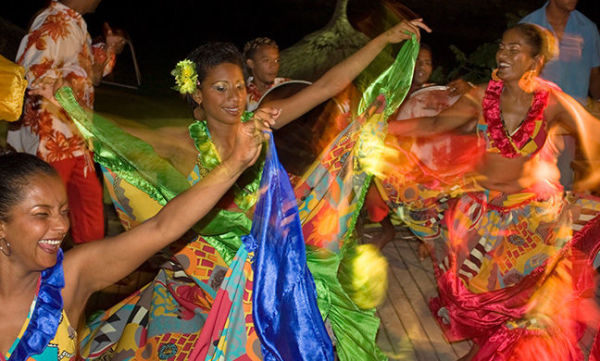