You don’t have to look far beneath the surface of the modern, noisy version of this city to discover thousands of years of history. Xi'an (pronounced See-an and known in ancient times as Chang’an) is more than 3,000 years old. Between 1,000 BC and 1,000 AD this was the seat of eleven dynasties. The city reached a peak during the Tang dynasty (618-907), when it was the terminus of the Silk Road and a melting pot of cultures and religions. During the Xuanzong reign of the Tang (712-55), the population swelled with two million taxable citizens and the city was the largest, most cosmopolitan settlement in the world. At that time the city walls extended 5 miles north-south and 6 miles east-west, and the south gate opened onto a tree-lined avenue 500 ft wide. This place is regarded as the root of Chinese civilisation. Here traders from far and wide brought goods and ideas and took different goods and different ideas back to their native countries. Today, visitors come from all over the world, many of them with just one objective – to see Xi'an’s most famous and unmissable sight, the Terracotta Army. (To learn more about this extraordinary experience that awaits you, please see our separate article).

Xi'an is so much more than just a base for visiting the terracotta site, which was only discovered in 1974. With such a long and rich history Xi'an offers a treasure trove of fascinating sites and relics. What is now referred to as the City Walls were rebuilt during the Ming dynasty (1644-1911) on the remains of the old Tang palace walls. The magnificent 12 metre high walls are surrounded by a high moat and form a rectangle with a total perimeter of about 9 miles. It makes for a popular walk or bike ride. Certain vantage points give a view over modern-day Xi'an and its hodge-podge of old and new.

Just outside the city walls, but within the original huge Tang sprawl, lies the Big Goose Pagoda, a Buddhist complex built in the Tang style (square rather than round). The stepped pagoda tower was completed in 652 AD to house Buddhist sutras (religious scriptures) brought back from India by the monk Xuan Zang. Xuan spent the last 19 years of his life translating the texts with an elite team of linguist monks. Many of these translations are still used today. Inside there are many halls, chambers and shrines to be seen. Some prefer just to sit outside among the bamboo and plum blossom and listen to the wind tinkling the bells on the corners of the pagoda, warding off evil spirits. 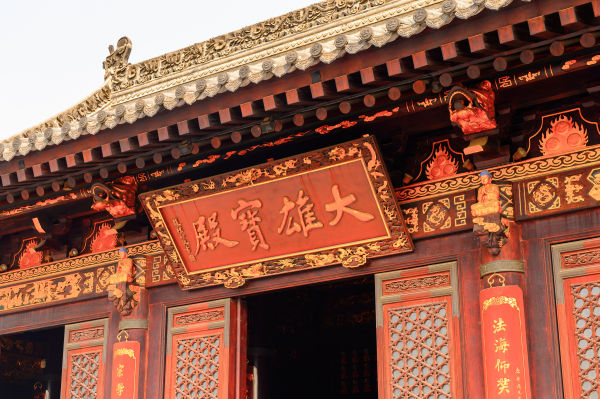 In complete contrast, the teeming web of backstreets in the city’s Muslim Quarter will hit you full on – especially after dusk. For centuries the area has been the domain of the Hui community (Chinese Muslims). The narrow lanes of butchers shops, trinket stalls, sesame-oil factories, small tucked-away mosques become alive with colour, noise, neon lights and, above all, the mouth-watering aromas of every imaginable kind of street cuisine. It’s a great place to wander, especially at night.

To get a sense of Xian’s vast heritage it’s well worth visiting the Shaanxi Historic Museum. The museum houses a collection of artifacts that span the entirety of the province’s history from the Neolithic period through the Qing dynasty. Don’t miss the four original terracotta warrior statues on the ground floor, or the fabulously well-preserved pottery and murals in the Sui and Tang section.