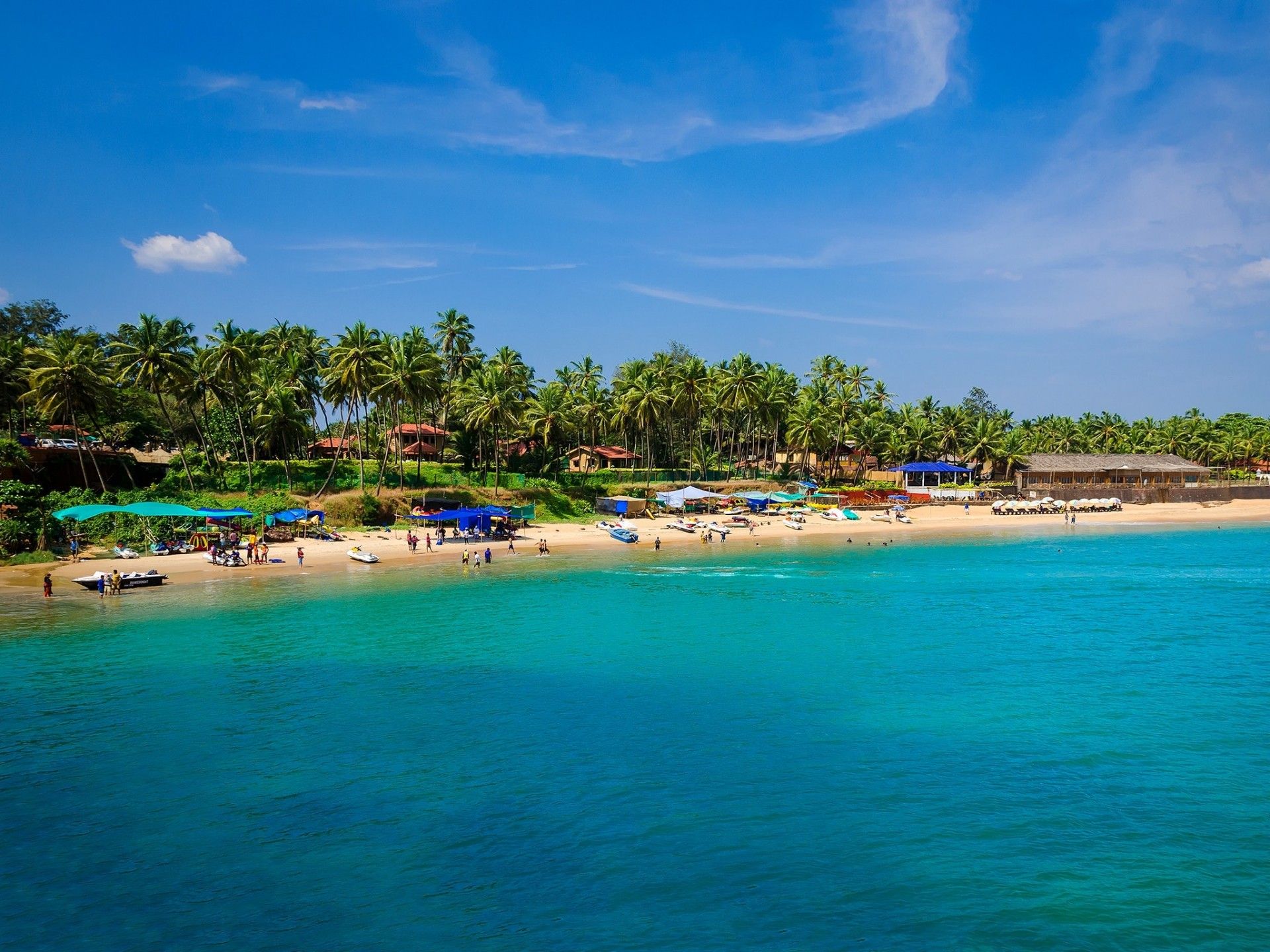 Famous for stunning beaches, a sprawling coastline and fantastic sunsets, this former Portuguese enclave offers up a special blend of whitewashed European churches, enticing food and colourful markets. A popular getaway since the sixties, Goa today is still the perfect destination for an exotic escape.

Old Goa - At its 17th Century peak, Portugal's capital in India was larger than Lisbon. Long since abandoned, the city's legacy remains in handful of beautifully preserved churches.

Candolim Beach - Overlooked by Aguada Fort, this golden stretch of sand just south of Calangute is considered one of the best in Goa.

A brief history of Goa

The history of India’s smallest state dates back to prehistoric times, however, the present-day state of Goa was only established in 1987. During the medieval period, Goa was ruled by various groups including Kadamba kingdom, Vijayanagara Empire and Bijapur Sultanate. However, in 1510 the Portuguese invaded Goa and resulted in their rule for roughly 450 years which heavily influenced Goan culture cuisine and architecture. In 1961, the Indian army invaded and annexed Goa after a battle that lasted just 36 hours, which ultimately saw the region deemed a union territory along with Daman and Diu. It wasn’t until 1987 that Goa was granted statehood and the Goa we know today was established.

Goa's position on the west coast of India results in a fantastic range of Seafood being available - a fish curry is a must at some point during your stay! The Portuguese brought a range of ingredients to Goa from around the world including fruits and nuts they are also credited with introducing India to the chili pepper, all of which influence the dishes available - spice fans should look-up a traditional Vindaloo, which comes from the region and is named for the use of wine and garlic in is production, for a real Goan experience.

Stay longer for less, with our stay 14 nights pay for 7 nights holiday deal! This offer is available with a great selection of our hotels

Pay no extra for being a solo traveller with our no single supplement special offers!

All inclusive holidays are all about keeping things simple and stress-free. Leaving you with the sense of relaxation, knowing everything is covered and there are no extra expenses!