There are a few key factors that perfectly highlight the food culture of Cyprus, firstly, we have the sheer range of various culinary influences, secondly, the food is amongst the freshest available - often utilising locally sourced ingredients - and lastly, the Cypriot people absolutely love their food.

Food and drink are a big part of any given social occasion in Cyprus, and it’s not uncommon for small talk with a local ending with an offer of a coffee, beer or a small snack. The sheer depth and breadth of food culture in Cyprus is astonishing, and there really is no better way to discover this than to explore for yourself. However, if you want a little heads-up on the culture before you visit the island nation, this convenient guide will help you to better understand this fascinating aspect of Cypriot life. 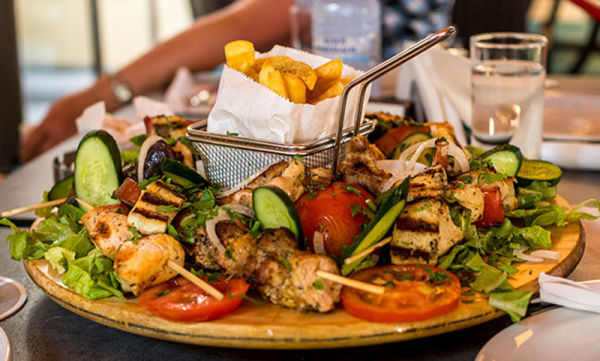 The cuisine of North Cyprus is very similar to that of the south. This is due to the fact that the country had a shared history before the Turkish invasion of 1974. The main effect on Cypriot cuisine after the invasion was the removal of western food chains, which were replaced by an influx of Turkish influenced restaurants throughout the island.

As mentioned, Cyprian people love their food, but more importantly, they love the social aspect that comes from sharing and being together. It is the norm that large families eat together on the weekends, hence the popularity of meze style dishes that are comprised of many different items for everybody to share.

Cypriots generally prefer to have long lunches and late dinners, when temperatures have fallen to a more pleasant level. Restaurants (depending on location) will typically not open until 7pm, with most customers arriving from 8 or 9 onwards. The variety of restaurants includes traditional tavernas and the slightly more formal estiadoria, as well as a whole host of international themed eateries, so you are never short of options. You can find something to suit all budgets and palates, with prices differing according to location and the type of food served.

Due to the excellent year-round climate of Cyprus, it’s not uncommon to enjoy food outside in an open air tavernas or courtyards, with most being wonderfully decorated with creeping vines and flowers, and - in some instances - accompanied by traditional Cypriot music being played live by the local skilled musicians. 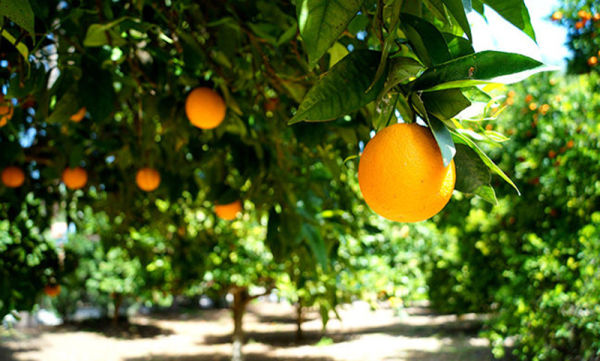 Traditional Cypriot food is not too far removed from Greek food (although the people of Cyprus will of course state that it’s far superior, and who are we to argue?), so you will see much that is similar such as moussaka, goubes, stuffed vine leaves, and meat cooked in a ‘souvla’ grill, or a dome shaped oven. However, there are subtle differences that make the food of Cyprus unique (such as the serving of rice in stuffed vine leaves) 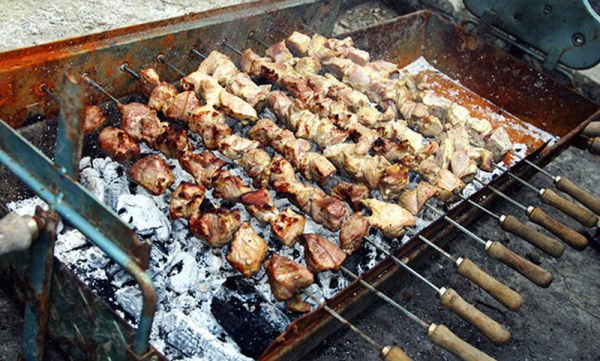 The absolute best way to get acquainted with Cypriot food is to order a meze platter; this will likely include many of the foods above, and will come served with a variety of breads and dips. The traditional dips include tzatziki, which is made from yogurt with peppermint and cucumber, and taramosalata, which is pink and is made by combining cod roe, potato puree, lemon, onions and oil. Also, it’s worth noting that a meze will undoubtedly include halloumi cheese, which is unlike halloumi from anywhere else in the world, as it often comes from the milk of local thyme-fed goats.

For breakfast you are likely to find that most of what is on offer is quite similar to the rest of Europe, with a ‘continental breakfast’ consisting of bread, eggs, fruit and a range of different cold meats and cheeses being offered everywhere. If you’re after a quick bite as you explore the streets and markets of a bustling town or city, you can opt for the widely-available street food called tiropittes, which are flaky pastry pies filled with cheese, or the similar spanakopittes, which are the same but filled with spinach. Other traditional street food options include corn on the cob, or grilled meat souvlakia wrapped in pitta bread. 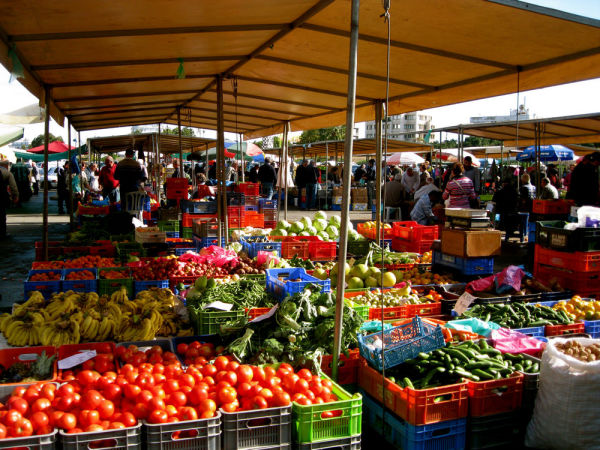 In general, Cypriots favour well-seasoned, but not spicy, food, and eat fruit (both dried and fresh) with lots of dishes. You’ll also find that fresh fruit is available everywhere from restaurants and cafés, to street stands and markets.

For those with a sweet tooth, there’s the familiar baklava (puff pastry filled with nuts and soaked in syrup), loukoumi (known more commonly around the world as ‘Turkish Delight’), and a ring-shaped cookie called koulourakia. Most desserts contain nuts and dried fruits, and cake and ice cream is also very popular – people often head out late to a gelato café for something sweet. 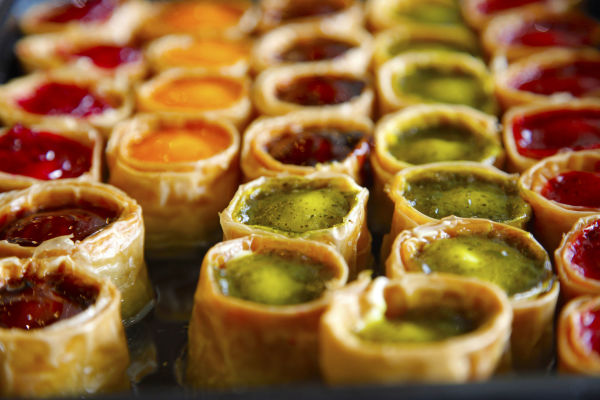 What to wash it all down with

In terms of what to drink, visitors to Cyprus can enjoy an abundance of choice of both alcoholic and non-alcoholic beverages. Coffee is extremely popular and comes served with milk and either extra sweet (“glyko”), with just a hint of sweetness (“metrio”), or black (“sketo”). You will also find a whole host of wines, both local and imported, and the same applies for beer. If you’re looking for something stronger, after dinner then ouzo is perhaps the most well-known aperitif. The drink is served with ice-cold water, and has a strong anise taste.

If we’ve done enough here to entice you to try some authentic Cypriot food, remember that the very best way to experience the variety and richness of the nation’s cuisine is to visit for yourself. You will not be disappointed by the huge range of choice, or by how much love and attention goes into every detail. Cypriot food really is amongst the best tasting and freshest you will find anywhere in the world.