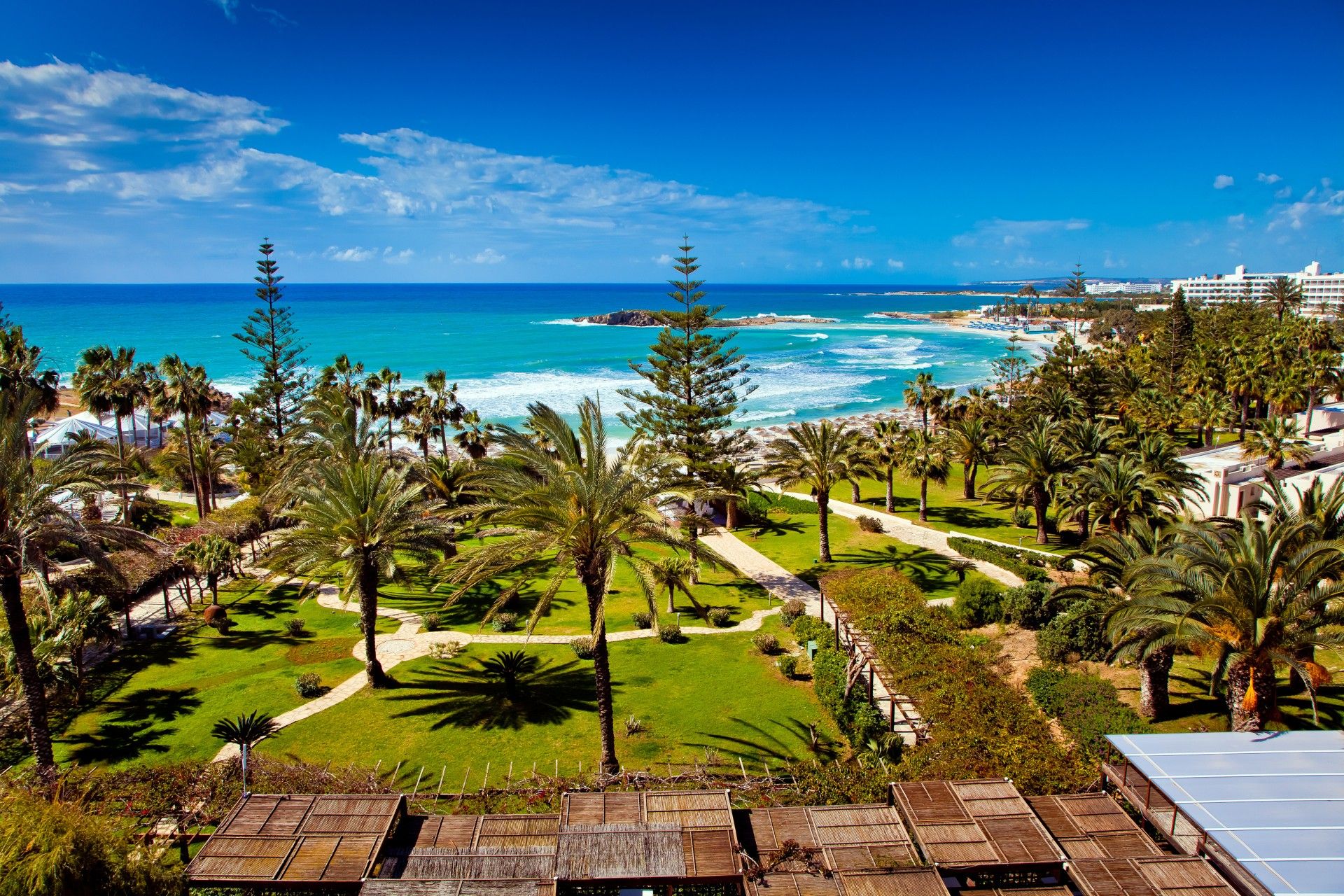 Surrounded by the mystique of Greek legends, Paphos is a coastal city on the southwest coast of Cyprus. It is listed in the official UNESCO list of cultural and natural treasures due to its ancient remains. Famed for its sandy beaches and sparkling blue waters, it’s no wonder Paphos is home to Aphrodite’s Rock, where the goddess of beauty was said to be born.

The climate in Paphos is typically Mediterranean and, due to its location, can be one of the hottest parts of the region during the summer. Summers are hot and dry (they can be completely rainless from May - mid-September), and the summer skies are generally cloudless and bright for up to 13 hours of the day.

For some, Paphos may be all about sun, sand and sea, but the town has historical attractions, too. The area of Ktima is home to Paphos’ museums whilst Kato Paphos (down by the harbour) is where archaeological sites are, including:

The Akamas Peninsua is home to the Aphrodite Trail that begins and ends at the Baths of Aphrodite and includes the monastery ruins of Pyrgos tis Rigainas along the way.

Paphos has over 20 beaches covering a 50km stretch of coastline, so there’s bound to be one to fit your needs. Coral Bay is one of the most beautiful and sandy beaches that is a base point to discover the Troodos Mountains and fishing villages of Latchi and Polis. Petra Tou Romiou is known as Aphrodite’s birthplace, making it one of the most visited beaches…especially popular for couples.

The culture of Cyprus is identified by the people and their beliefs. Paphos was once ruled by the Romans and Mycenaeans, the relics of which can be found in Cypriot Culture. Paphos is famous for its art galleries and museums and is also called the cultural seat of Europe.

Cyprus is well-known for its nightlife, but the pace is a little slower in Paphos with visitors tending to venture towards a tranquil drink in beautiful surroundings. ‘Entertainment Street’ on Bar Street (Ayiou Antoniou) is where the main tourist-friendly bars and clubs are. For a traditional cypriot vibe, hit up the taverns on the edge of Old Town and up in the hills.

Paphos is a favourite for thrill-seekers and, with an Aphrodite waterpark and 4X4 safari trips to Akamas Peninsula, it’s not hard to see why!

Cyprus isn’t a huge island and you can cross the south from Paphos to Larnaca in under two hours. Hotel shuttle services, private shuttles and taxis are the most popular way to travel to and from the airport and when in town, buses and taxis are available.