A hypnotic spectacle of turquoise bands and dusty pink ribbons illuminate the night sky during a dazzling exhibition of the Northern Lights, also known as the Aurora Borealis. A truly awe-inspiring natural phenomenon, Iceland’s vast basalt landscape provides the most sublime backdrop to catch a glimpse of this spellbinding display.

What are the Northern Lights?

Caused by electrically charged solar particles colliding with the Earth’s Magnetosphere, the Northern Lights are a scientific miracle that causes a kaleidoscopic showcase of brightly hued stripes dancing across a star-filled night sky. The strength of the Aurora Borealis is entirely dependent on certain particles in the earth’s atmosphere mixing with the activity of solar wind, which comparably alters the aurora’s colour; whilst most sightings tend to showcase green undulations of light - blue, purple, pink or orange sightings are slightly more scarce but are not unheard of. 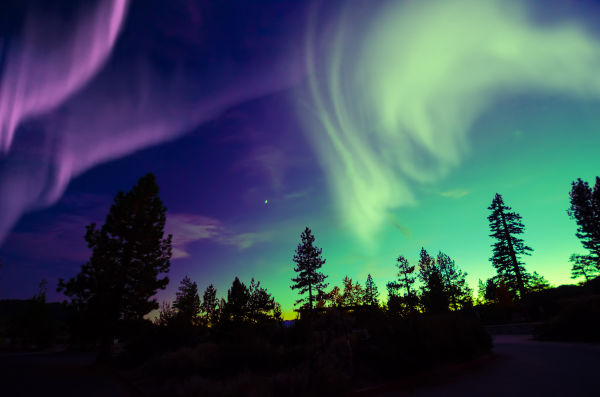 Prior to any scientific explanation of this luminous display was revealed, theories circulated around the Northern Lights’ presence throughout the ages. Whilst old Norse myths speculated that the auroras could be a reflection of armour from the Valkyries warriors, Native American groups believed the strobes of light represented spirits of the dead, whereas resplendent displays were seen as an omen for dark times ahead in Medieval Europe.

How to spot the Northern Lights?

A trait characteristic of all-natural occurrences, the Northern Lights are a phenomenon and can, therefore, be unpredictable, with astronomers unable to forecast a display until just hours before their appearances. However, advancements in technology over the past few decades have enabled visitors the chance to monitor the likelihood of catching a glimpse of these elusive performances, with countless apps dedicated to offering an insight into daily solar activity.

It is crucial to ensure you are in the best possible position to witness a Northern Lights appearance and travelling to locations furthest away from densely populated areas will instantaneously improve your chances of a sighting. Considering total darkness is essential, guided excursions have become a popular choice as sightseers are taken to a remote location where skies are entirely uninterrupted by light pollution. Should you choose to join a Northern Lights tour, it is recommended that you organise this trip for the beginning of your holiday, offering you the chance to repeat it if your first excursion proves to be unsuccessful.

Snapping an immaculate shot of the Northern Lights is a magnificent way to capture this exceptional memory forever. Often appearing more vibrant and dramatic on camera than the naked eye, it’s important to keep a steady hand so that you can avoid the frustration of a blurred photograph! If possible, using a tripod will increase your chances of taking that picture-perfect image.

What is the best time to view the Northern Lights?

The Northern Lights are only visible once the landscape is bathed in complete darkness. It is therefore vital to visit Iceland between the months of September and March for the chance to catch a glimpse of the auroras when daylight surrenders and twilight falls. Although timings can fluctuate, prime times are often at around 9:30pm and 1 am, however, in many hotels across the nation, you can request a Northern Lights wake-up call at any sign of aurora activity, giving you the optimum opportunities to witness this spectacular luminous exhibition.