Housing a diminutive population of just over 131,000 residents, Iceland’s vibrant capital is one of the smallest cities in the world. However, Reykjavik’s sizeable reputation as an epicentre for cultural, gastronomical and natural delights has firmly ingrained itself in the hearts of tourists across the globe. Characterised by its creative atmosphere and thriving cultural scene, Reykjavik is a surprisingly cosmopolitan hub, bursting at the seams with brightly painted buildings, trendy eateries and eye-catching architecture. Although often viewed as Iceland’s gateway to key highlights including excursions for the Northern Lights or Blue Lagoon, Reykjavik is a compact, but a perfectly dynamic city.

Discovered by the Nordic settler Ingolfur Arnarson, Reykjavik’s establishment in 874 AD signified Iceland’s first permanent occupancy, primarily utilised as a small fishing village until the city’s foundation as a trading town in 1785. Although legend states that the city was discovered using traditional Norse methods, the nearby hot springs, which are announced by hot rising steam, would have undeniably attracted Arnarson to the area. As a reliable heat source for locals during the harsh winter months, the ‘smoky creeks’ of which Reykjavik was named after, are produced from clouds of vapour emerging from surrounding geothermal fields.

During the late 19th century, a steady commercial growth continued within Reykjavik. Mostly dominated by the fishing and shipbuilding industries, the Old Harbour, as it is now known, was the beating heart of trade and therefore the city became a focal point for urban development. Over the years, Reykjavik’s popularity continued to soar and has resulted in the astonishingly high population that the city experiences today, where a bewildering 36% of all Icelandic residents live!

A melting pot of high-end boutiques, fascinating museums and unique architecture, visitors to Reykjavik are spoilt for choice. For those interested in Icelandic history, an impressive selection of cherished artefacts dating from the Viking settlement are exhibited at the National Museum of Iceland. Meanwhile, dotted across the capital, a number of iconic landmarks pay homage to Reykjavik’s development into a prosperous European city; in the heart of the Old Harbour, the popular Sun Voyager rubs shoulders with the distinctive glass façade of the Harpa Concert and Conference Hall, boasting some of the most picturesque scenes, which can only be eclipsed by panoramic views from the apex of Iceland’s largest church, the Hallgrimskirjka. 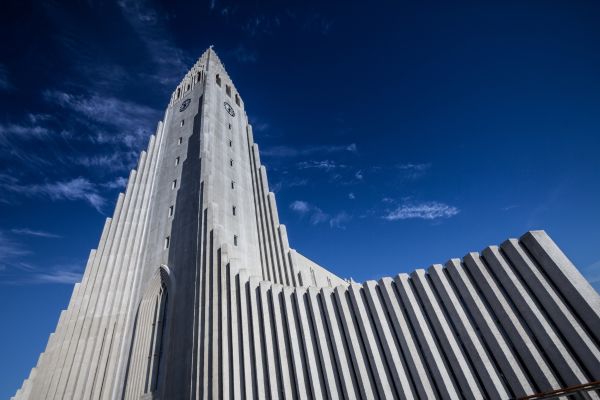 Boasting a recent wave of tapas-style and high concept restaurant openings, Reykjavik is cementing its place as an exceptional destination for food connoisseurs from across the globe. Although heavily influenced by locally sourced seafood, Icelandic cuisine is also renowned for its dairy and lamb speciality recipes; a visit here would not be complete without tasting an authentic lamb hot dog, whose cherished recipe remains a well-kept secret!

Reykjavik is quite simply a nature lover’s paradise. Whilst Lake Tjornin in downtown Reykjavik entices up to 50 species of birds, the crashing waves of the North Atlantic Ocean are a playground for Humpback Whales, Dolphins and Puffins, which are most likely to be spotted in the summer months.

During the peak of summer (May-August) you can experience warmer temperatures and remarkable midnight sunlight; however, mesmerising displays of the awe-inspiring Northern Lights are most likely to be seen between the months of September and March.