On the trail of the medieval Knights of Malta

If you’re the type of holiday maker who likes to immerse yourself in the culture and history of your chosen destination then Malta is the perfect destination for you. Whenever there is reference in contemporary culture to any ancient, religious organisations; legend, myth and reality merge to obfuscate fact from fiction. A very recent and popular example of this has been “The Da Vinci Code” by the fiction author Dan Brown who intersperses historical reference with supposition and fables. And it seems that we can’t get enough of these stories.

However, when examining The Knights of Malta military order of the Catholic Church, fact is so much more interesting than fiction. Dating back to the time of the Crusades, the order is one of the few created in the Middle Ages that is still active. 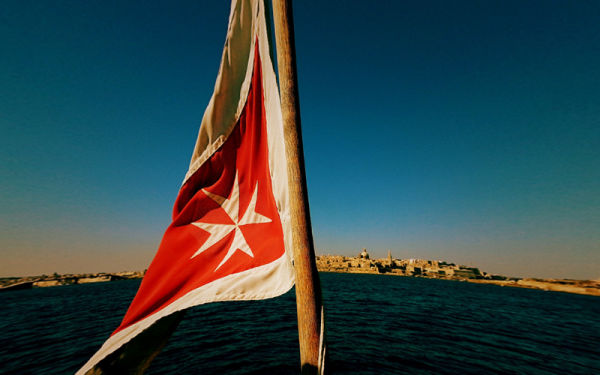 The order is born

The birth of the Order dates back to around 1048. Merchants from the ancient Marine Republic of Amalfi were authorised by the Caliph of Egypt to build a church, convent and hospital in Jerusalem to care for pilgrims of any race or religion. The Order of St. John of Jerusalem – the monastic society that ran the hospital for the pilgrims in the Holy Land – became independent under the guidance of its founder, Blessed Gérard. On 15th February 1113, Pope Paschal II formally recognised the independence of the Knights with a Papal bull, the original of which is still held in Malta’s National Archives. This meant that the Hospital became an Order exempt from the local Church. All the Knights were religious, bound by the three monastic vows of poverty, chastity and obedience. 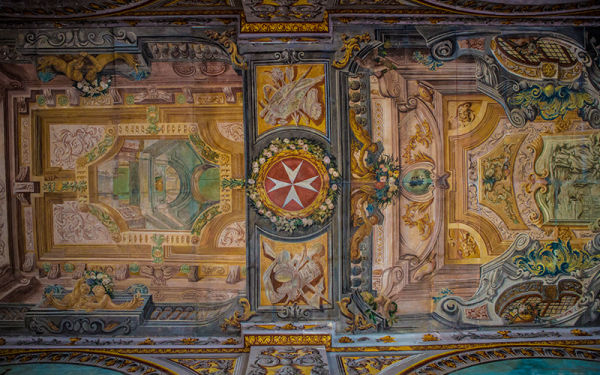 The constitution of the Kingdom of Jerusalem regarding the crusades obliged the Order to take on the military defence of the sick, the pilgrims, and the territories that the crusaders had captured from the Muslims. The Order therefore had the responsibility to defend the faith as well as its hospitaller mission.  Eventually the Order adopted the white, eight-pointed Cross, also known as the Maltese Cross, that is still its symbol today. The eight points represent the eight "beatitudes" that Jesus referred to in his Sermon on the Mount.

The Knights have had a long history of displacement around the Mediterranean.  Saladin evicted them from Jerusalem after the last Christian stronghold in the Holy Land fell in 1291. Subsequently, they established a new headquarters in Cyprus, and later on the island of Rhodes where they created an independent state.  From its beginning, independence from other nations granted by pontifical charter and the universally recognised right to maintain and deploy armed forces constituted grounds for the international sovereignty of the Order, which minted its own coins and maintained diplomatic relations with other States. 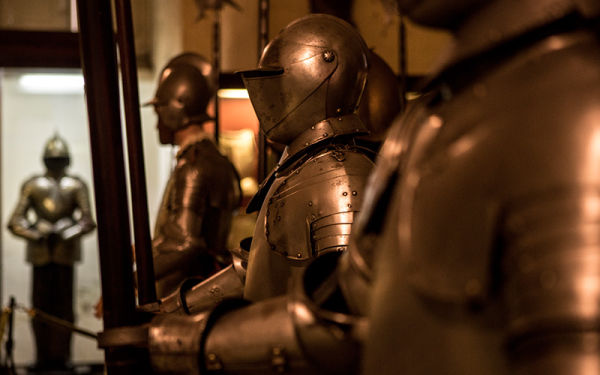 The Knights realised that defense of the Christian world required the establishment of a naval force and they built one of the most powerful fleets of the time, sailing through the Mediterranean and fighting many important crusades. During the Middle Ages they were more warriors than hospitallers.  After enduring six months of siege and ferocious battles against the army of Suleiman the Magnificent, the Knights were forced to leave Rhodes with military honours in 1523. This led to their most famous period as the Knights of Malta.

The legacy they left

The Knights have left an indelible imprint on the island of Malta and their histories are almost symbiotically linked. The order ruled Malta for 250 years and from their daily lives to their valiant battles, everything is recorded in the archives, architecture, archaeology and folklore of the Maltese Islands. Track the Knights by starting in the places they made home which are the Three Cities, Fort St. Angelo and of course Valletta, the ornate, fortified city they built after the Great Siege of 1565. And the story of the Great Siege is so incredible and bloody that a movie director would have dreamed it up had it not happened; Voltaire was quoted as saying “nothing is as well known as the siege of Malta”. The cities of Vitoriosa, St Angelo and Valletta are three of the most important archaeological sites that detail the history of this momentous period in Maltese history and certainly of the Knights themselves, cementing their place in folklore.

Across the Maltese Islands, you’ll see evidence of their stay in their military engineering and architecture; forts, bastions, watch towers, aqueducts, churches and cathedrals. Then there is the abundant patrimony they bequeathed the Islands with works of art, furniture, silverware and sculpture. Not so apparent, but equally important, is the place they gave the Islands in the history of medicine. The Sacra Infermeria in Valletta was the foremost hospital of Europe in its day.

Today the Knights are a unique sovereign entity - they have diplomatic relations with 104 countries - in that they rule over no territory except a palace in one of Rome’s smartest shopping districts, a church and an elegant villa overlooking the city. They have observer status at the United Nations, just like the Vatican, and the current Pope, Benedict, is a member of the monastic order having joined 15 years ago.  Famous historic members have included Frank Sinatra and Caravaggio whilst today its members are said to include George W Bush, Rupert Murdoch and Rudy Gulliani. 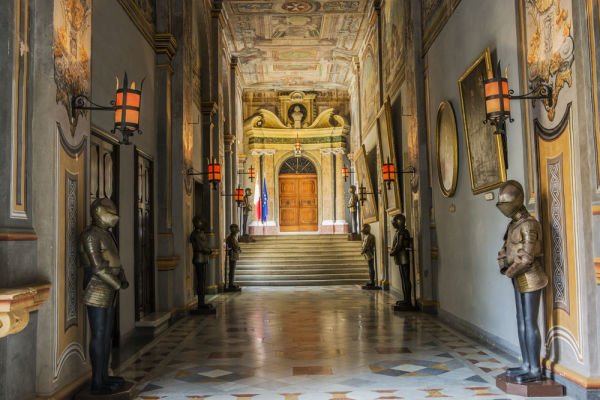 Modern Knights must live in conformity with the teachings of the Catholic Church and live their lives in an exemplary manner and these priorities ensure that the knighthood nature of the Order has kept its moral value, characterised by the spirit of service, sacrifice and discipline. Their battles are no longer fought with swords, but with the peaceful tools of the fight against disease, poverty, social isolation and intolerance, as well as witnessing and protecting the faith.

Symbolically, two bilateral treaties have been concluded with the Government of the Maltese State in 1998, to allow them a return to the land that bears their name, Malta.