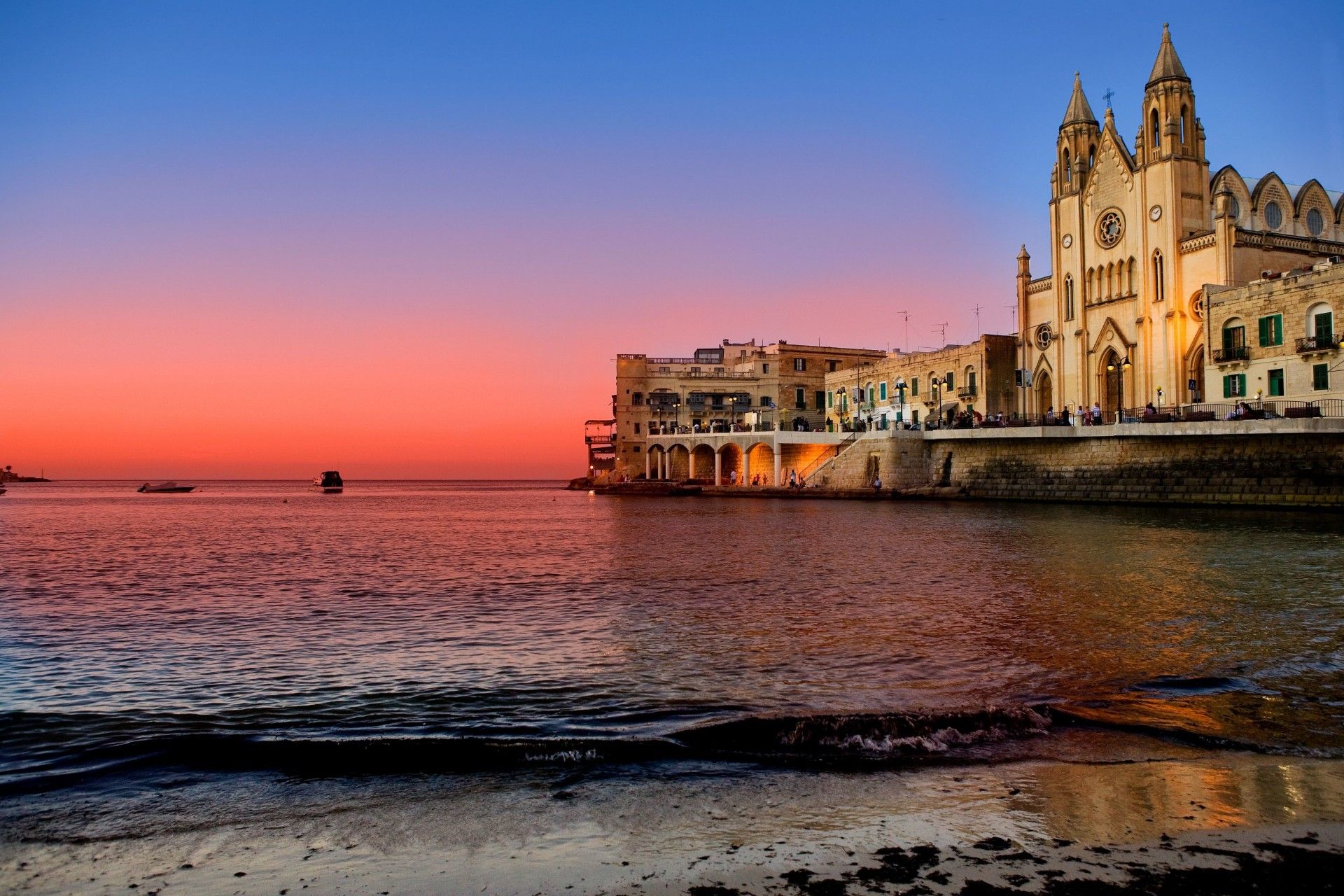 Once a small fishing village, St Julian’s has grown in size due to the influx of holidaymakers eager to experience all this resort has to offer. It has become one of the most popular resorts on the island for travellers to enjoy with its vast number of activities and attractions.

A relatively new development, the St Julian’s coast line is now populated with the largest number of luxury hotels on the island, stretching across several bays.

The climate in St. Julian’s is typically Mediterranean, similar to southern Italy or Greece. During the summer, the temperatures reach the high-20s and sunlight shines for 12 hours of the day.

Being on the northern coast of Malta and in the Mediterranean, temperatures are warm all year round, and even in winter months, temperatures can average at 15°C.

There are a number of churches to visit in St. Julian’s including:

Portomaso Tower is the tallest building in Malta amd not to be missed. For your one-stop shopping centre, visit Bay Street where you’ll find everything you need plus an ice-rink from November to February.

During the day, most people on a St Julian’s Holiday find themselves drawn to the many lidos and beach clubs along the coastline which allow easy access to the crystal clear waters surrounding Malta.

Most of the seashore is rocky, but there is a small sandy beach at St George’s Bay, located on the Paceville side of St Julian’s.

Spinola Bay and Balluta Bay are used mostly to berth fishing boats, so neither are great places to swim.

Malta’s most famous attractions – the walled city that makes up its capital Valletta – is just a short journey away and is well worth a visit.

Malta may be a small island but there’s no shortage of places to eat. Restaurants in St. Julian’s are everywhere, on every street and on every corner. Try the Barracuda Restaurant, well known for its seafood and is situated in an 18th century villa located just over the water’s edge.

The Ir-Rokna, a family run business, was established in 1975 and is officially Malta’s oldest Pizzeria, worth a visit for its little bit of history.

For those looking for exciting evening entertainment whilst on holiday, St Julian’s doesn’t disappoint.

There are a host of restaurants and bars populating the seafront while the connecting town of Paceville is the buzzing hub for nightlife. It has the highest concentration of nightclubs, dining venues, pubs and bars in the area.

For those wanting to test their luck while on holiday, St Julian’s is also home to Dragonara Casino, the leading casino on the island with blackjack, poker, roulette and slot machines to try out.

A major advantage of Malta’s small size is travel time is kept to a minimum. Malta offers a modern, reliable and relatively cheap public transport system of buses and taxis. Bikes are also available for hire as a more economical and environmentally friendly way of getting around.