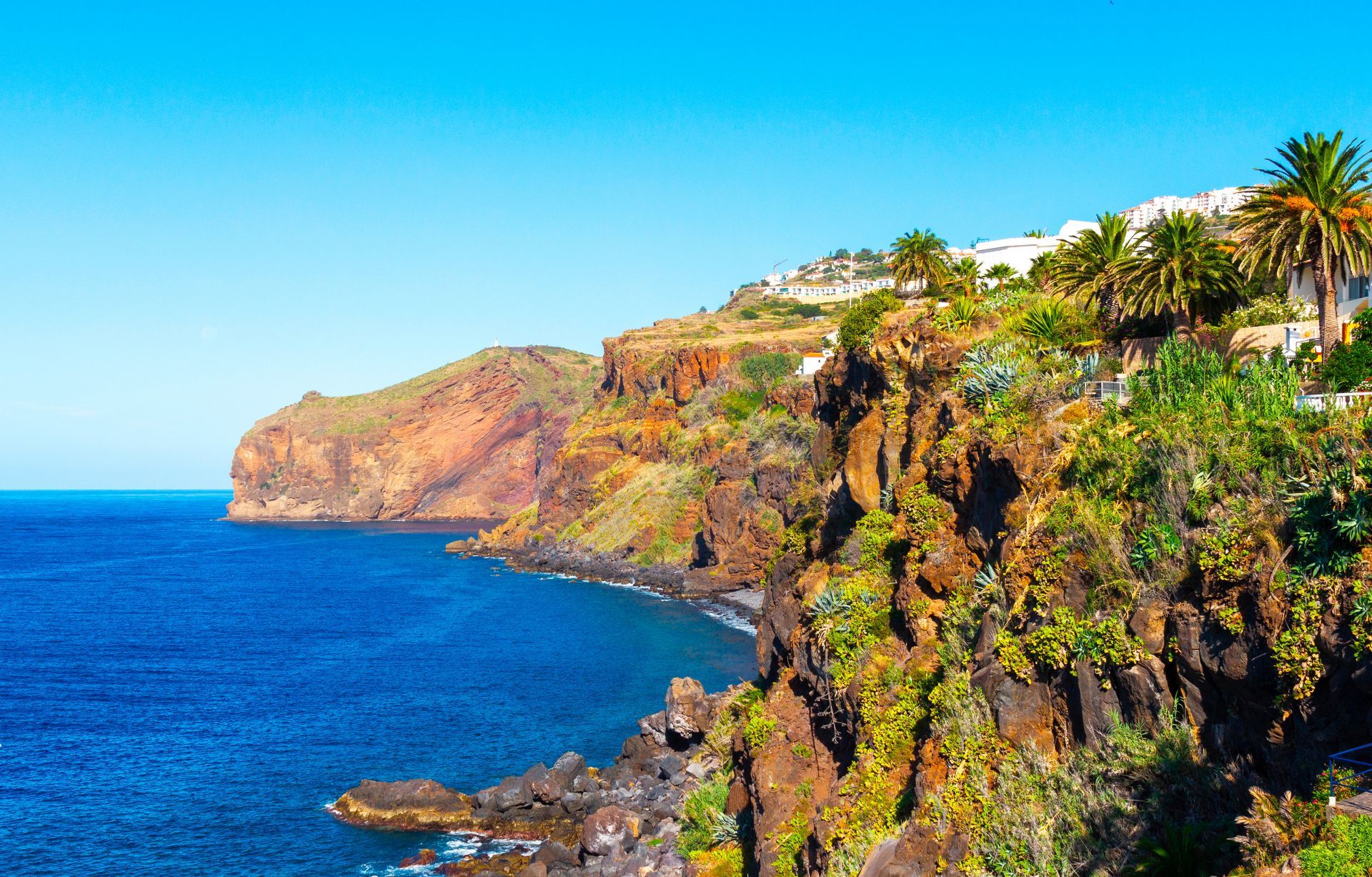 Caniço, situated in Madeira, is regarded one of the most pleasant and attractive parishes the region has to offer. With its pleasant climate, picturesque landscapes, fantastic restaurants and hotels, not to mention the beaches, it has a little bit of everything.

The weather is warm and sunny pretty much the whole year round. In line with most other parts of western Europe, the hottest and driest months tend to be May to August, where you’ll find average temperatures in the mid-20s and you’ll likely face the prospect of only a few rainy days each month.

To take advantage of lower prices however, you could choose other times of the year, when temperatures are still likely to be in the high-teens or low-20s.

The Christ the King statue, also known as the Sacred Heart statue (known to the locals as Miradouro do Cristo Rei do Garajau) was created by Pierre Charles Lenoir and resembles the more famous Christ the Redeemer, even though the one in Caniço is actually older.

Also, if religious heritage is something you find interesting, the whole village is centred around the 18th Century Matriz do Caniço Church.

As well as the Garajau beach, where the aforementioned Miradouro do Cristo Rei do Garajau can be found, popular beaches for a dip, and maybe even some surfing, include Galo and Reis Magos.

There are some excellent restaurants available, particularly where fish and international cuisine is concerned. Likewise, for Italian and pizza options. Snack bar Mare and La Terraca offer good options for local food choices, while Pizzaria Pico da Atalaia is for the pizza-lover in your group.

While there are some bars in the village and inside the hotels, there is little in the way of entertainment, with Caniço offering a more laid back and sedated approach to nightlife.

The church found at the centre of the parish, commissioned in 1783, has a very interesting architecture and has a maze of streets branching off it in all directions.

Older still is the Nossa Senhora da Consolação Chapel, built in the 11th Century and, if you happen to be there in early November, you’ll catch the annual religious festival.

There is also a small military fortress -- Forte dos Reis Magos – built in the 18th Century that played a crucial role during past attacks from pirates.

The majority of Madeira’s dive centres can be found in Caniço, where the waters are warm and sparklingly clear. The underwater wildlife even seems to be curious, bordering on outwardly friendly.

The incredibly steep hills and rugged landscape lends itself well to hiking or cycling, for the adventurer in us all.

And, if you don’t mind venturing a little further from your resting spot, there are three nearby golf courses (within a 20-minute radius) you could use to work on your swing.

While inside Caniço you’ll be able to get around for the most part on foot, but there are also frequent buses that run regular routes, as well as taxis.