At the start of the World Cup 2014 Portugal were up there amongst the favourites to win, with many thinking they had a guaranteed win when they drew them in the office sweepstake yet dreams were shattered when they narrowly missed out on progressing from the group stages.  Football in Portugal is almost worshipped as a national sport; but where was the first ever game of football in Portugal played? Madeira. Fans can be found all over the island and, as the birth place of none other than Cristiano Ronaldo, it is not surprising that the sport of Madeira’s favourite son holds a huge place in the hearts of the locals.

If you want to watch a decent game of football whilst you’re in Madeira you should be looking at games from Primeira Liga sides whilst the second and third divisions are known as Segunda Liga and Campeonato Nacional de Seniores. Stand-out sides to look out for are matches between Club Sport Marítimo and Clube Desportivo Nacional. Club Sport Marítimo has seen players such as Pepe rise up through its ranks, whilst Nacional was once home to Nenê and of course, Cristiano Ronaldo.

Maritimo’s home ground is the Estádio dos Barreiros and can be found at the north end of the Lido area in Funchal. Whilst Nacional’ fans head to Estádio da Madeira which is more central in Funchal but is actually a little harder to find. Both teams play truly world class football against teams such as SL Benfica, FC Porto and Sporting Clube de Portugal. So, you should check out their sites and pick up some tickets whether it’s a pre-season friendly or an official match day you should be able to see a great game of football.

How could we forget Cristiano Ronaldo

As previously mentioned, the most celebrated player to hail from Madeira is Cristiano Ronaldo. The captain of the Portuguese national team started life in Santo António, which is in the Funchal district of Madeira. Born in 1985, Ronaldo was the youngest of 3, with two older sisters. From 8 years of age Ronaldo played for Andorinha and quickly rose through the amateur footballing ranks but at age 15 he experienced a heart condition that threatened to halt his footballing career permanently. With surgery he overcame this setback to be signed with Manchester United in 2003 and he currently plays for Real Madrid to huge international success and a career total of 375 goals under his belt.

Ronaldo has lit up the field for the national side, Portugal, and they are a major contender on the international pitch despite never winning the World Cup or the European Cup. However, Madeira has no national team of its own and there have been many campaigns to raise one in the future, but, as always with football, there are politics at play that make this more complex than it first appears. But with Madeira producing footballers of the calibre of Cristiano Ronaldo it seems that the future looks bright for Portuguese and Madeiran football. 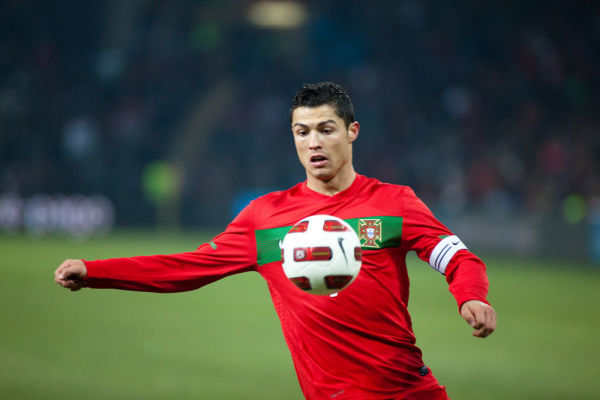