The Madeira Flower Festival runs for a week around the end of April each year in the large capital city of Funchal. The festival begins in spring when the flowers should be at their brightest, with the major streets being filled with floral decorations and parade floats demonstrating the extensive range of species of flora on the island. 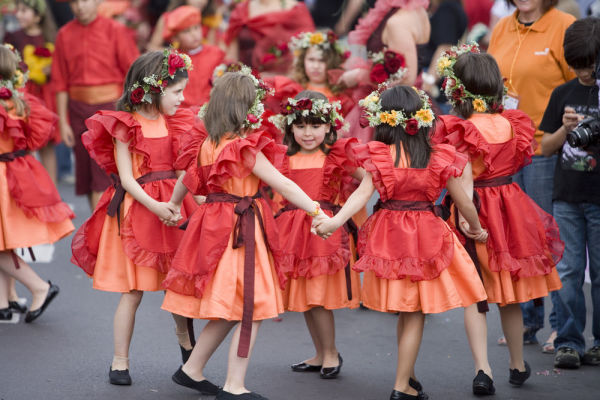 The city takes the festival seriously with competitions for the best-decorated shop window with a grand exhibition also taking place in the ‘Ateneu Comercial’ accompanied by local music groups. The popularity of flower carpets has also increased with many locals practicing the art form and creating stunning decorations. There are a few must-see’s on your trip to the festival;

The largest and most popular event takes place on the Sunday of the festival, it is a must to attend the Flower Festival Parade. Hundreds of floats and people decorated with flowers dance through the streets of Funchal into the centre of town. The costumes seen at the parade are eye-catching with their traditional bright colours and attention-grabbing floral detailing in keeping with the theme. 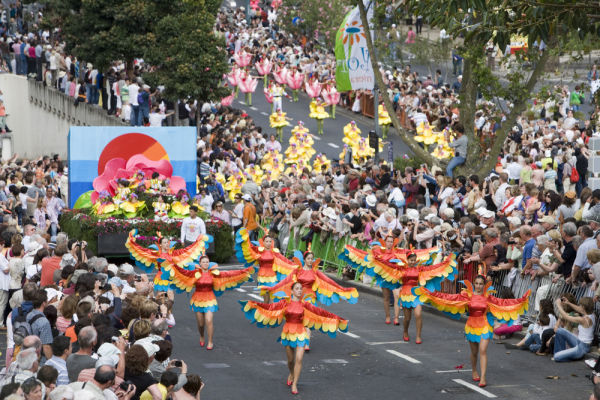 The Flower Market is one of the most recent additions to the festival, originating in 2007 it provides the opportunity to purchase beautiful plants in a traditional market environment. The saleswomen dress-up in their regional costumes which provides an authentic feel to the shopping experience. 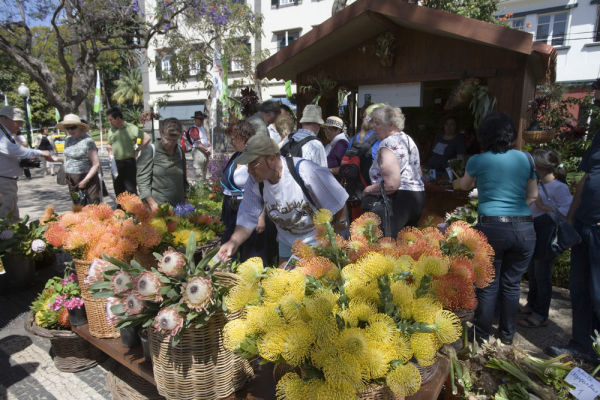 The Wall of Hope

The Wall of Hope is created by the local children who parade across the city to place a single flower each into the wall to represent a longing for peace and tranquillity in the world. This touching ceremony has taken place for over 30 years now, which has developed into a children’s show following the completion of the wall too.

For 2013 the theme of the Festival was “Madeira- the route of flowers” to represent the importance of Madeira as a central port between Europe, Africa and America which has made it a renowned area of beauty that people visit from around the world.