The Knights Templar and Madeira

Originating as a medieval military order the Knights Templar have become associated with the secret society of the Freemasons over more recent years. They went under many names with the Poor Fellow-Soldiers of Christ and of the Temple of Solomon being the official name under which they operated. The Knights Templar is the most commonly known moniker with Order of the Temple, and Templars as two other names familiarly used. The organisation of the Knights Templar was originally a Christian military order and was exceedingly wealthy, which may account for some of the intrigue surrounding them.

Mysteries of the Knights

They were very powerful for around two centuries in the Middle Ages and became officially linked with the Roman Catholic Church in the twelfth century. After this time the numbers of Templars grew dramatically. Part of the intrigue surrounding the Templars is the role they played in the Crusades, and the Crusades themselves are still a matter of some controversy. Many see these Catholic sanctioned military campaigns, which took place in the holy areas in and around Jerusalem, as a defensive war that was counter to the Islamic Conquests, whereas others see the Crusades as an attempt to expand and force Christianity into the Arabic world. These legendary Knights have grown in reputation to something of a mythic powerhouse, particularly with so many modern day conspiracy theories being attributed to the group.

The Myths of Madeira

There is a somewhat intriguing myth that has sprung up around the Knights Templar and their time spent in Madeira. In 2010 it was reported that an ancient nail, which could have been used in Roman crucifixion crosses, had been found in a box that was discovered in a fort on the Ilheu de Pontinha, which is claimed to be a small island off the coast of Madeira. This was widely reported as the possible nail from the cross of Christ, with many newspapers claiming that the nail from Christ’s crucifixion cross could have been found in Madeira due to the Templar connections here and the reputed guarding of the true Cross that has been attributed to the Templars. And, how exciting, what a discovery! Except it wasn’t, there is so much doubt surrounding this discovery that it seems exceedingly unlikely to be true. First, let’s not forget the mass interest at this time in the Templars from the hugely popular Dan Brown novel, The Da Vinci Code, and many things were being attributed to the Templars when they probably shouldn’t, due to the need for myth and a chance at sharing the shine of the novel and movie. 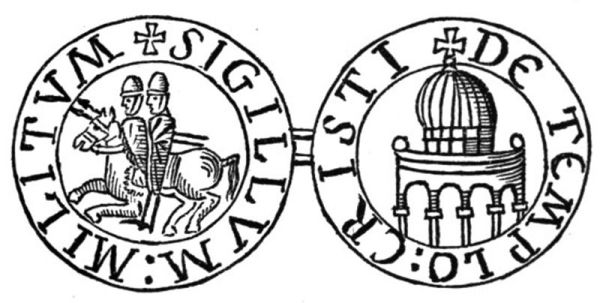 The island that the nail is claimed to have been found on doesn’t exist, take a look on the internet and you will discover that it can’t be found. There is something off the jetty near Funchal but it is more like a group of rocks and, although this could once have been an island, it no longer is. To add to this, the island of Madeira wasn’t discovered until the 15th century, a long time after the crucifixion. This said, there is a link to the Templars for Madeira and that is through Portugal.

There is quite strong evidence of The Templar Knights in Portugal and it is reported that King Denis went against the orders of the Pope to disband the Templar Order by changing its name to The Order of Christ. It is also reputed that the Order was run by the Grand Master, who at this time was none other than Prince Henry the Navigator, the man who rediscovered Madeira in the 15th century. There are definitely some tenuous links to the Templars and it seems only those involved will ever know the truth, but as with all things Templar, there is a lot of mystery and myth surrounding their movements which will only serve to make this organisation more intriguing.