A gentle warming breeze ruffles your hair as you take a deep breath of clean, country air, and marvel at the sight of the magnificent mountain peaks. Walking in Madeira is a huge attraction and many hikers choose the island for its fantastic routes that boast coastal vistas, beautiful flora and trickling levadas. As with all walking there are certain rules that should be noted at all times to make sure that you enjoy your day outdoors safely.

Basic rules such as; always stick to the pathways, do not light fires or throw cigarette ends on the ground, never walk alone, wear suitable clothing, and make sure somebody knows where you are, and when you are due to return. If you can it is wise to take a mobile phone with you in case of emergencies, also take a bottle of water as dehydration can be a risk. So, with the formalities taken care of, why not take a look at some of the best walks in Madeira.

A lot of the best walks found in Madeira are through the levadas, which is the Portuguese word that means ‘taken.’ However, in Madeira the levadas are a form of aqueduct or irrigation channel that were originally created because water was scarce on the southeast of the island. To combat this problem the levadas were made to transport the much needed water from the west and northwest of Madeira. This started around the 15th century, and was mostly linked with the extra water needed to produce the sugarcane for which Madeira was famed up until the 17th century.

The production of levadas continued until the 1940s, and they still supply water to the south of the island today, as well as hydroelectricity. Because they were cut into the mountainous areas of Madeira, the levadas have become very good areas to walk, with over 1000 miles of ground covered. However, not all levadas are made equally and the walking difficulty can range from relaxing and easy walking through to difficult. 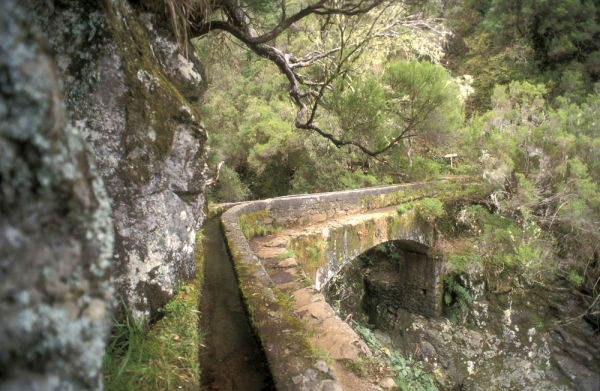 For a walk of medium difficulty the Levada do Caldeirão Verde is a good and very popular starting point. This will take you around half a day to complete, and begins in Santana at the Queimadas Forestry Park. This is a winding levada that passes through mountains and cliffs, in fact the levada is used to travel water from some of the highest points in Madeira. A word of warning though, this route can get slippery, so appropriate footwear is essential, and it winds its way through some tunnels, making a battery operated torch a very wise move. 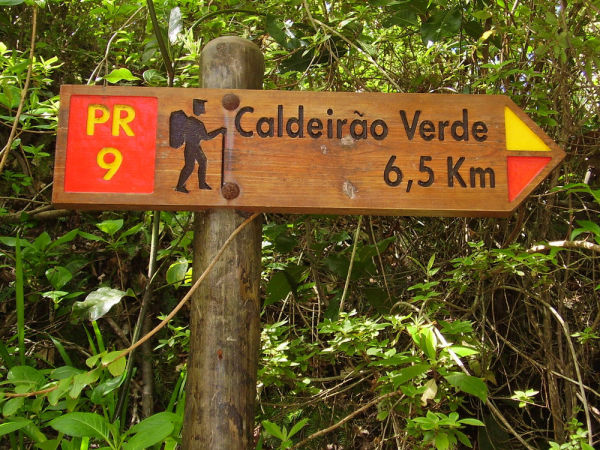 The Levada da Serra is a good starting point for novice hikers as it is an easy route that will take around two hours to complete. Found at the south east of the island, this is a relaxing walk that is great for spending time in natural surroundings. This is a beautifully lush area of Madeira with great views and lots of cooling shade under eucalyptus trees which line the levada.

This is another hike of medium difficulty and will probably take around half a day to complete. The great thing about this route is that it travels from Pico Areeiro to Pico Ruivo, meaning that this is a walk that runs between the two highest peaks in Madeira. This walk will also take you along a part of the central mountain range and you will see many caves, with the most difficult part of the climb being the ascent to Pico Ruivo. If you want your hike to continue then it is possible to walk further to Achada do Teixeira.

A protected laurel forest found at the heart of Madeira, Laurisilva makes for a fantastic and easy walk surrounded by beautiful Laurel, a type of subtropical tree that can be found in areas of high humidity. At one time these forests were widespread in the Mediterranean but many have disappeared over time. The Laurel forest in Madeira is home to a variety of different plant and wildlife species. Fortunately, it was designated a World Heritage Site by UNESCO in 1999 and is said to be one of the best sights in the whole island. For people visiting you can take a bus to the park from Funchal and see many great sites along the way. 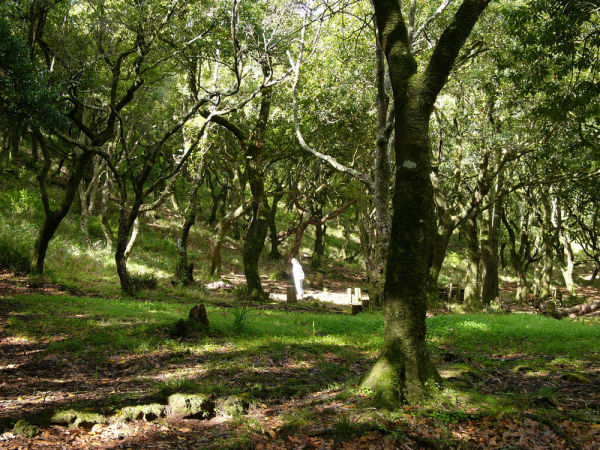