The autonomous region of Andalucía in southernmost Spain is one of the most culturally rich and stunningly beautiful areas of Europe, if not the world. The home of flamenco dancing, bull fighting, authentic Spanish cuisine and many incredible historical relics is a must-see for anyone interested in Spanish history, architecture or religion. Because there’s so much to see and do in Andalucía, we’ve compiled a few of the best attractions from the quintessentially Spanish region for you to look out for when travelling the area. 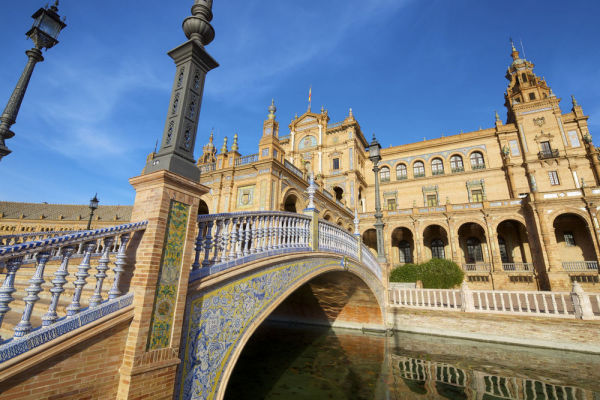 Seville is the capital - as well as the largest city - of Andalucía and encapsulates everything that there is to love about Spain. It is a beautiful metropolitan area, crammed with majestic and beautiful buildings, where flamenco dancers perform as they have for centuries and seemingly endless sunlight warms the streets. The highlight of this city is the colossal, beautiful Seville Cathedral, which rises to an awesome 42 metres and covers an area of 11,520 square metres, making it the largest gothic cathedral in the world. This truly massive church has been influenced by successive ages, whilst retaining a beautiful simplicity in its design. Seville Cathedral is built on the original site of a great mosque in the late century and houses a tomb for Christopher Columbus, which is said to hold the remains of the great explorer. Seville Cathedral’s magnificent bell tower, the Giralda - originally built by the Moors to call residents of the town to prayer - stands majestically over the town of Seville and is undoubtedly the most striking feature of the city. A view from the Giralda’s bell tower over the city of Seville can be quiet a hike, but it is a truly one-of-a-kind experience and most certainly a sight not to be missed when in the capital city. 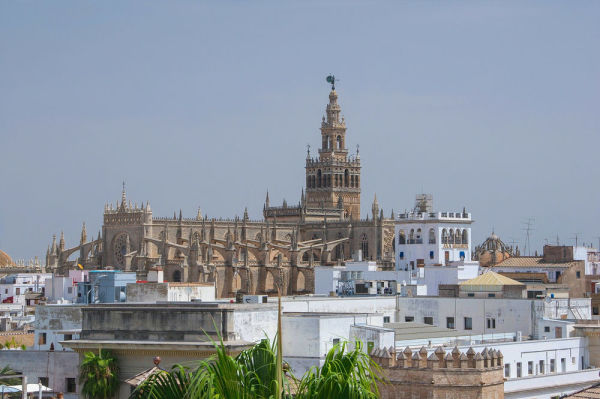 The city of Cadiz

The port city of Cadiz is widely considered to be the oldest continuously inhabited settlement in Europe, and it’s picked up a lot of character along the way! The city is almost completely surrounded by water and is the perfect place to witness flamenco dancing, as well as to enjoy some of the best seafood that Spain has to offer – which is saying something! The city is also home to miles of gorgeous beaches and waves that are perfect for surfing in the hot Spanish sun. Cadiz’s history is incredibly rich, with churches, museums and forts to explore, as well as the place where Spain’s first liberal constitution was signed. 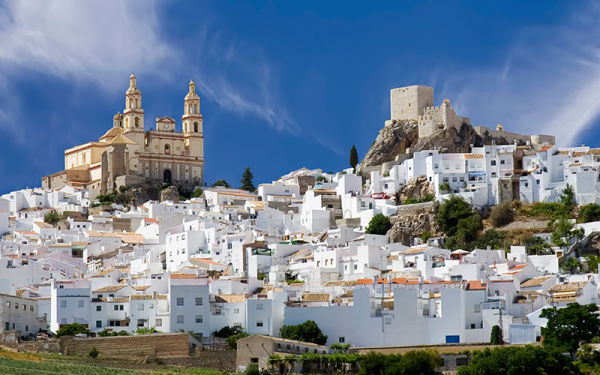 Alhambra is one of the most striking and beautiful examples of Islamic Architecture that you will see anywhere in the world, where natural and manmade wonder combine to offer a wonderfully unique location.  When viewed from the outside, stunning, sheer walls emerge from a green forest of elm and cypress, whilst beautiful, carefully tendered gardens, as well as water features and pools give the location a truly harmonious feeling. The complex is made up of four main areas, of which the palaces are a highlight. Some of the most magnificent relics from Spain’s Islamic era, these palaces are renowned for their beautiful architecture and tasteful use of space, light, greenery and water. When at these temples, look out for the intricate religious wall inscriptions, many of which say, in Arabic: ‘there is no victor but Allah’. The Alhambra’s other three areas are the Alcazaba - a military zone where you can explore fortresses and towers - the Medina and the Generalife. The agricultural gardens of the Generalife are a must-see for nature lovers, with astonishing flowers and trees to enjoy, as well as ornate patios, courtyards, pathways, pools and fountains. Although the date when this magnificent complex was first built is unclear, there are remains from the 9th century, whilst the most magnificent of the features were constructed between the 13th and 16th centuries. 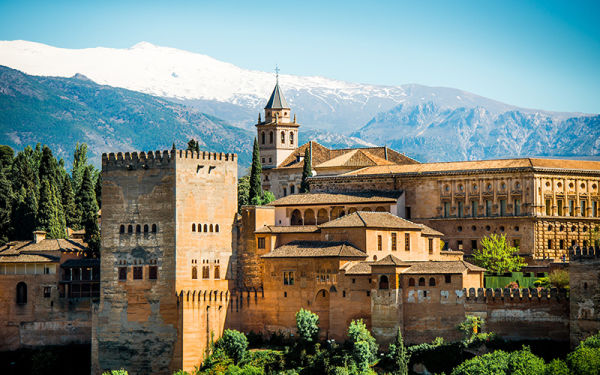 Ronda is a truly breath-taking town in the province of Malaga, set in an astonishing mountain location and crammed full of history and charm, as well as some of the most dramatic scenery in Spain, where buildings sit precariously at the edge of the one hundred metre deep El Tajo gorge. This town is the birthplace of modern bullfighting and holds a yearly event to celebrate the brave method of standing your ground against a bull in the ring, rather than running away. Ronda is made what it is by its cobbled streets, beautiful mansions and architecture and its dramatic mountain scenery. Ronda’s new bridge or ‘Puente Nuevo’ is the highlight of the town. After a first bridge to connect La Ciudad with the highest point of the gorge collapsed in 1741 – killing 50 people – a unique and ground-breaking bridge was designed by Domingo Lois de Monteagudo, and later completed by Andalusian architect Jose Martin de Aldehuela. The ‘Puente Nuevo or ‘New Bridge’ is Spain’s most photographed bridge, majestically crossing the colossal El Tajo gorge, and offering those who are brave enough to traverse it a truly unparalleled view over the Serrania de Ronda Mountains. 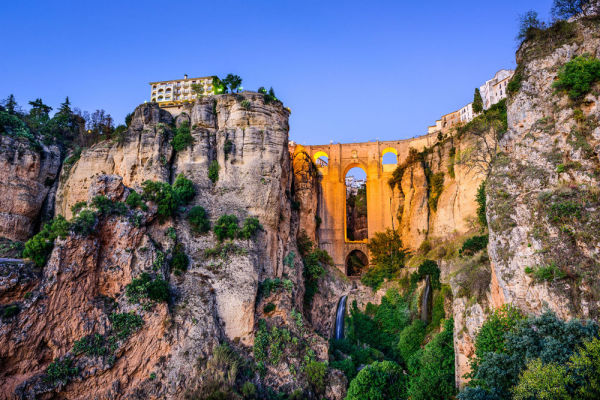 The Alcazar of Seville is a UNESCO World Heritage Site, as well as one of the most visited complexes in the world, and for good reason! The site perfectly balances historical relics from the entirety of the last millennium, with particularly notable examples of mudejar architecture, along with gothic, renaissance and baroque styles. Due to its beauty and prestige, the Alcazar has been home to a procession of monarchs since it was first built in the year 913, many of whom have added features to the palace. The Alcazar still functions as a royal palace of Spain, and is the residence of royals when they visit Seville. A highlight of the Alcazar is the Ambassador’s room, where cedar wood sculptures decorate a magnificent dome and horse shoe arches are emblazoned with beautiful tiles and plaster work. The English gardens are also a must-see, as well as the various ornately decorated patios around the palace. 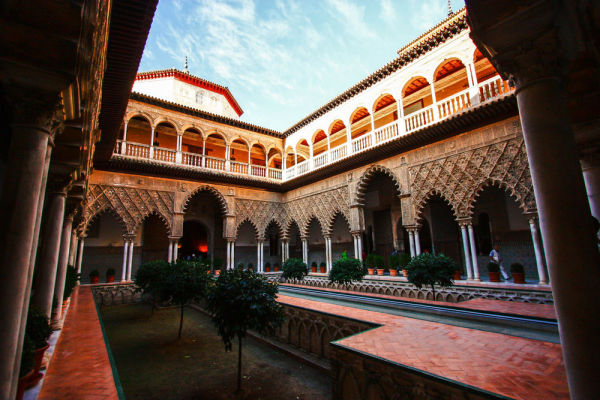 Andalucía is a wonderfully beautiful, culturally rich and historically significant region, but it’s far more than that; it’s the area where the essence of Spain is encapsulated and able to be experienced by all who witness it. With a trip to Andalucía - as well as the wonderful attractions featured in this article - you’ll be able to enjoy the sounds of the flamenco guitar, the scent of fine sea food and the hot sun upon your neck, so why not plan your next holiday around this astonishing region?