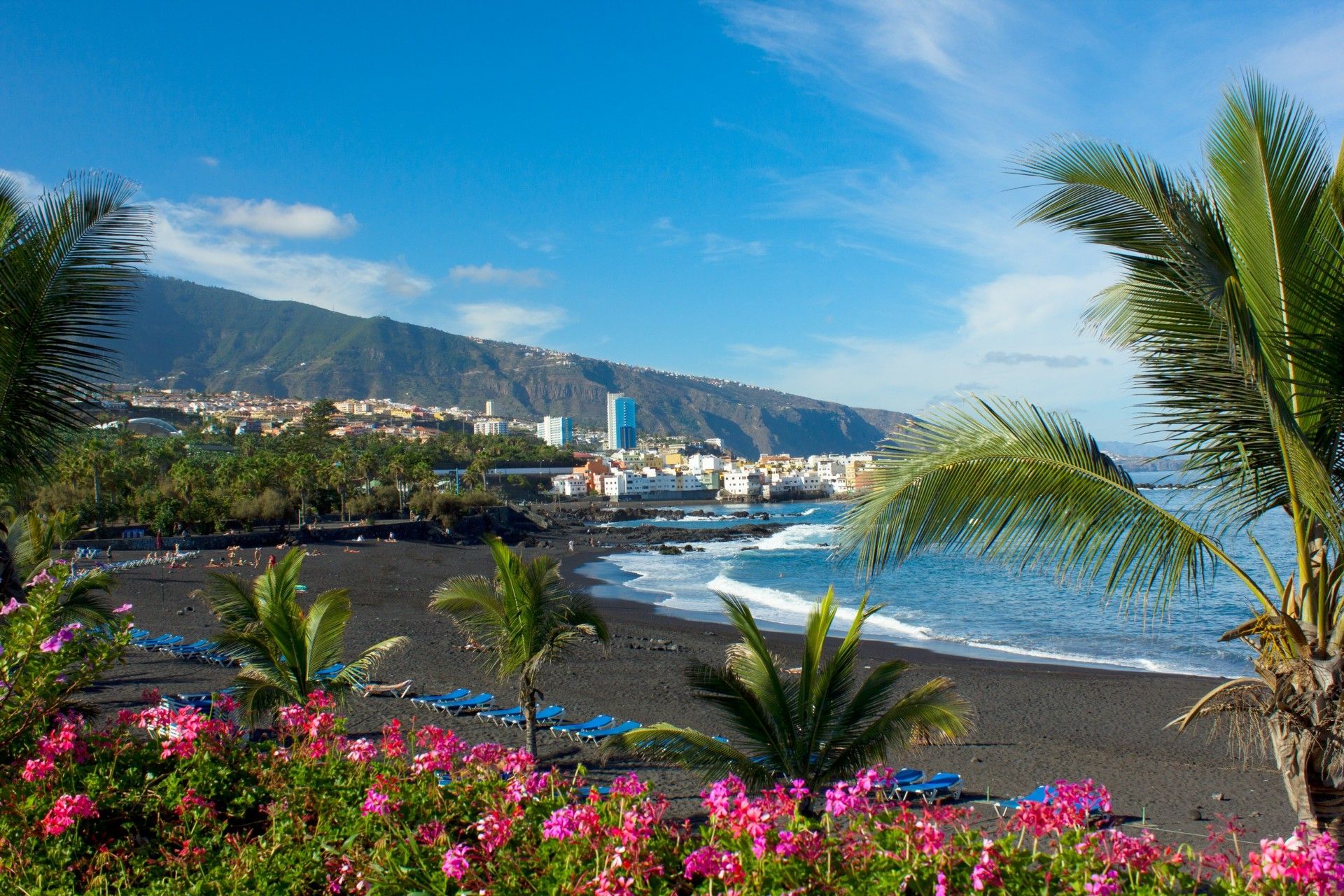 If you’re looking for a holiday that combines tradition and sophistication, contemporary bars, local cuisine and lovely beaches with safe swimming, Tenerife’s north coast town of Puerto de la Cruz is going to hold a great deal of appeal. This former fishing village provides Spanish and island traditions, colonial-style restaurants, an Old Town with narrow and winding streets that are ripe for exploration and generally plenty to see and do.

The Mediterranean climate means you can expect long, warm summers and mild winters. The average high in the hottest months – July and August – is roughly 23°C, but it’s not uncommon for highs to hit well over 30°C.

For a cooler alternative, visit between October and May instead, and we’d recommend late spring or early autumn, when the heat is comfortable, and the water is warm enough to enjoy yet still pleasantly cooling.

It’s very own festival, the Puerto de la Cruz Carnival, is hard to beat when it comes to zealous atmospheres and plain old fun. Making an appearance are large, colourful processions, dance groups, clowns, even locals donning extravagant costumes… and that’s all before the all-night parties kick-off.

To take in some flora from near and far, Jardín Botánico botanical gardens has literally thousands of tropical plant varieties, palms and herbs from all over the world.

Or, if you like your sightseeing a bit livelier (and maybe even more talkative) the world’s largest collection of parrots can be viewed at Loro Parque zoo. For less back-chat, you may prefer to check out the gorillas, tigers and orcas.

Playa de Jardin is the main beach which is striking with its black sand and stunning backdrop of tropical gardens, waterfalls and sun terraces. The other beach, Playa Martiánez, doesn’t lack for beauty either, and is situated next door to the Lago Martiánez pool complex.

Head to the old part of town for a wide selection of good, affordable restaurants offering a first-rate mix of Spanish and Canarian cuisine. The old fishing quarter of La Ranilla has some particularly good eateries.

To follow the lead of the locals, Meson Los Gemelos, located adjacent to Plaza de Charco, has a character that wouldn’t be amiss in the countryside. The terrific menu and semi-open courtyard make it a very charming place indeed.

For a sleek and chic evening drowning in live entertainment and exotic drinks, head to the trendy and popular Blanco Bar. Though there is also a lively scene of bars and nightclubs found on Calle Obispo Pérez Cacéres, so you won’t be short on options.

One of the most important local museums of Tenerife can be found here, the Archaeological Museum of Puerto de la Cruz, where specimens of aboriginal Guanche culture – more than 2,600 of them – are held.

Areas designed by César Manrique, the famous Canary architect, can also be viewed, including Lago Martiánez and the picturesque backdrop of Playa de Jardin.

If you fancy combining 21st Century tech with the historical centre of Puerto de la Cruz, and who doesn’t, then why not zip around the place on a Segway. Don’t zip too far though, this is part of a guided tour, after all.

Though the main shopping area is flat, the further away you venture, the steeper the hills you have to climb. So, you may want to take advantage of the widely available and relatively cheap taxis. Alternatively, the bus service is reliable and frequent.