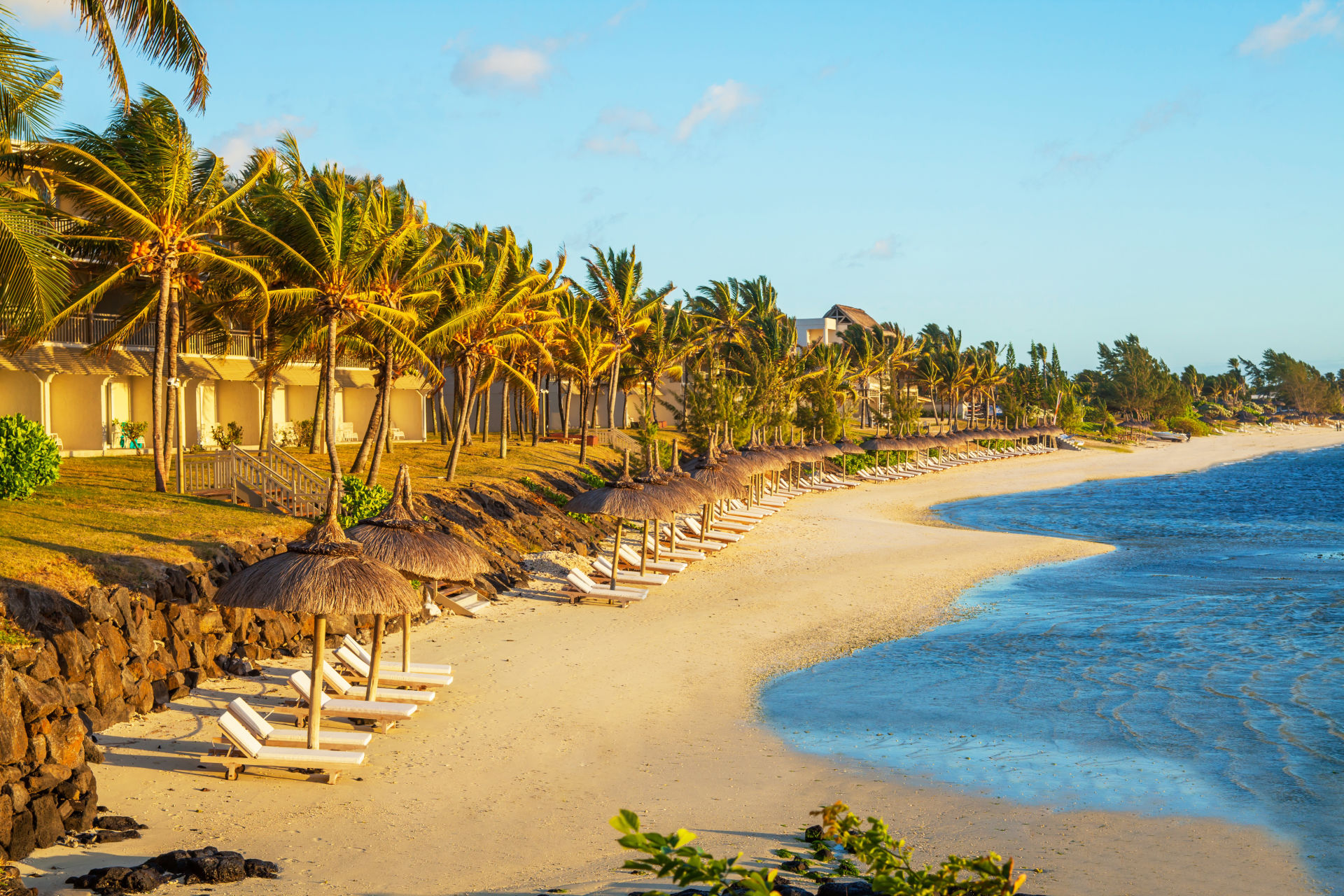 Located on the east coast of Mauritius, the Solana Beach Mauritius occupies a stunning position amongst coconut and palm trees in the resort of Belle Mare. The hotel offers stunning views of the Indian Ocean and is only a short distance from Poste de Flacq.

At Solana Beach, there is a beautiful meandering swimming pool for you to relax in the sun, complete with sun loungers to rejuvenate poolside. There are various bars and restaurants for you to dine at, serving a range of cuisine from Mauritian and international flavours. The serene Ylang Spa has several treatments available to help you feel fully relaxed during your stay.

The rooms are decorated in bright and warm colours and offer a glorious sea view. The rooms are air-conditioned and come with a flat-screen satellite TV, mini-bar, hairdryer and tea & coffee making facilities. Upgraded rooms are available at a supplement.

Located on the east coast of Mauritius, the Solana Beach Mauritius occupies a stunning position amongst coconut and palm trees in the resort of Belle Mare. The hotel offers stunning views of the Indian Ocean and is only a short distance from Poste de Flacq.

We were among some of the last guests before everything got locked down. We spent a glorious week at the hotel, enjoying the facilities and especially the a la carte restaurant and beach. Kayaks can be hired (free) and a great way to spend some time paddling out to the reef...

Trips can also be booked via the hotel.

Nice hotel with all bedrooms are beach front view with the view of a gorgeous beach. You have your own personal balcony and the food is great. 3 restaurant, spa, jacuzzi, pool, gym, boathouse where you can also book free glass bottom activity including snorkeling.

The trip was very nice with a lot of memories.We had rain but the entertainment was very good especially the love of full people. thanks for all of you.

Thanks a lot. Good Job. The departure was difficult for us. I wish you al the best take care.

Still dreaming about it

Perfectly placed to give you a sense of relax while not being far from the village or restaurants. All amenities are very well maintained, beautiful beach and free services for snorkeling or kayaking. Highly recommended

Stunning beach side setting, an extensive hotel built in low level blocks and nearly all rooms having a sea view on to the crystal clear ocean. (Note: This is an adults only hotel).

The rooms were tasteful, but were in need of some TLC, looking a little tired in places and in need of a deep clean regime, that however was my only criticism.

The staff were wonderful, couldn't do enough for you, the food was very good (buffet style) but getting fresh fish and omelettes for example was also available. Other ala carte type restaurants were also available but not sampled.

Entertainment in the evening was very good, some locals doing traditional dancing, and music/disco was well attended and enjoyed.

Pool is a good size and was relatively warm, but the sea was likely warmer, very calm as it is a protected beach by the reef much further out to sea...

The sand is crushed coral and significantly rough on the feet, water shoes are strongly recommended.

If you would like a quieter room we found those with a room number starting with a "4" would be furthest away from the evening entertainment, however it is then a 500 metre walk to the restaurant through the beautiful gardens.

Some walks along the beach in either direction are possible however due to the Covid19 situation exploding whilst there unfortunately I did not venture very far outside of the hotel complex.

After only 5 days I was informed the hotel was closing at the end of the week due to Covid19 and that I was being transferred to their sister hotel nearer to the airport. See separate review of Preskil Island Resort.