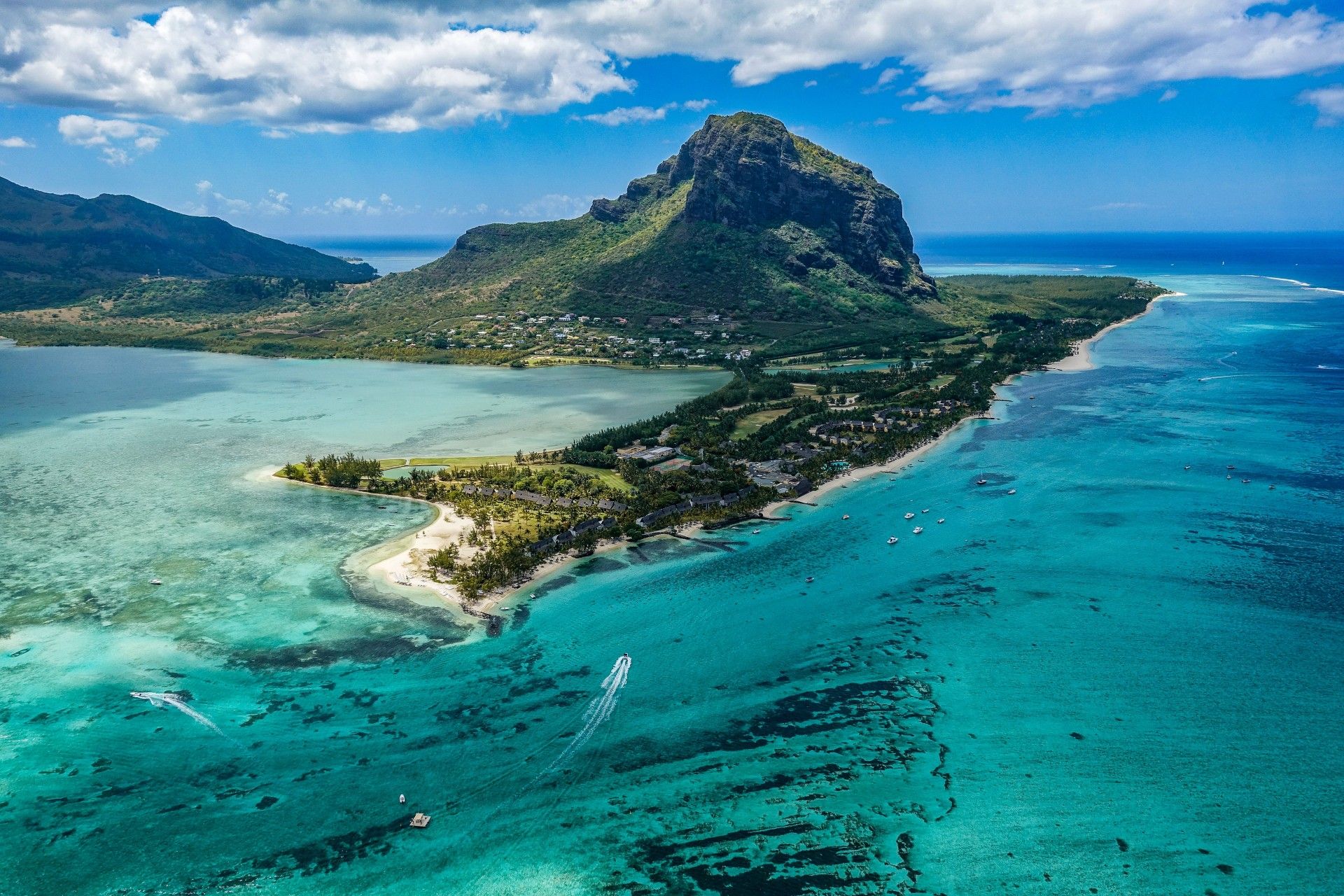 On the extreme south-western tip of the island of Mauritius is the iconic peninsula, surrounded by the Indian Ocean, called Le Morne Brabant.

It is a UNESCO World Heritage Site and also one of the island’s most popular tourist attractions due to the white sandy beaches and wide selection of 5-star resorts.

December to February are the hottest months of the year and, given its location on the south-west coast, you’re already taking advantage of the island’s hottest and driest parts (with the east generally considered the wettest and windiest).

Le Morne Brabant mountain is a permanent symbol of the resort, largely surrounded by a lagoon and featuring many overhangs and caves on its steep slopes - it is a well-known and hard-to-miss tourist attraction.

The idyllic, untouched coastline and hammerhead-shaped peninsula is also an attraction of its own.

Additionally, one of the main national symbols, sitting at the foot of the mountain and representing freedom for the local village inhabitants, is Slave Route Monument.

The tranquil, subdued Brabant beach, with its crystal waters and silvery sands is extremely popular among tourists, not only for its protection from the winds by the nearby mountain, but also the stunning backdrop the behemoth provides.

The rich underwater life makes it a perfect spot for snorkelling, or just lay back and wait for that stunning sunset to arrive.

The terrific water-side resorts provide an ample selection of excellent restaurants, so you’ll find that more-or-less everyone visiting Le Morne will chose to dine in their resort. Wapalapam is a popular choice but can be pricey.

Le Morne holds important and historical significance to Mauritian culture. Le Morne actually means Mournful One, and it earned its name from a legend that is said to have taken place in the early 19th Century. The story goes that a group of slaves fled to the peninsula, climbed the cliffs and, upon fear of being caught by an oncoming troop of soldiers, jumped to their deaths in huge numbers. The tale was an important element when UNESCO inscribed the site on the World Heritage List.

Ascending the mountain and drinking in the simply spectacular views is a must for any hiking enthusiasts. In doing so, you’ll also pass through an indigenous forest which also happens to be the only place on the whole island where you’ll find the national flower of Mauritius, the boucle d'oreille.

Windsurfing, kitesurfing and plain old surfing are very popular; the former two due to the fact they combine the sheltered western waters with the winds of the Indian Ocean. (If it’s you’re a first-time kite surfer, we’d recommend you start off at Kite Lagoon.) And the best spot for surfing anywhere in Mauritius, One Eye, is also found in this area.

Bus and taxi services are the best modes of transport for getting around the area, but taxis may not be metered, so be prepared to negotiate. Alternatively, motorbikes and bicycles are available to rent.