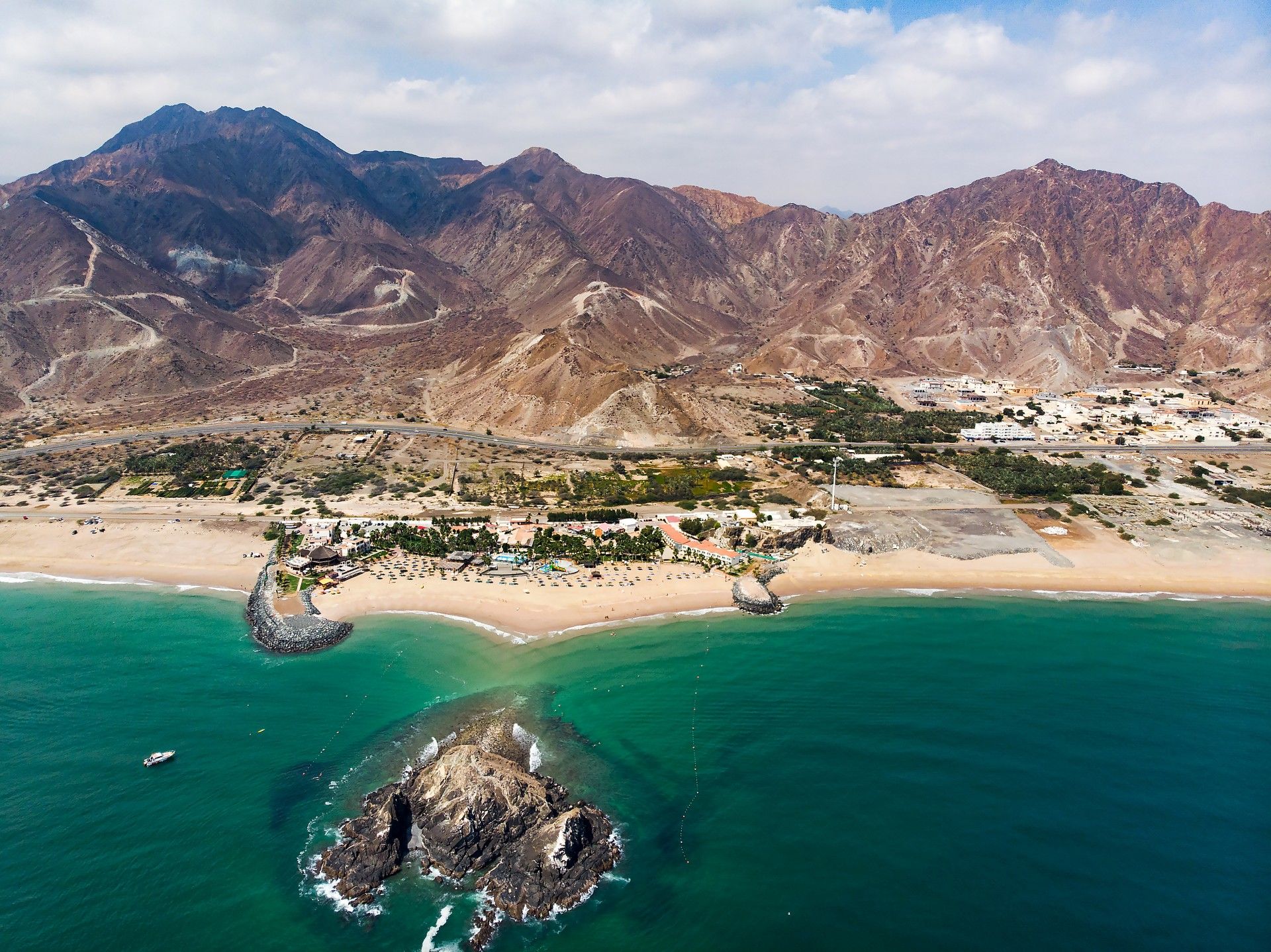 Fujairah is one of the seven emirates found in the United Arab Emirates (UAE) and, while it's not as widely known as Abu Dhabi or Dubai, it is still a very popular tourist destination.

It is the only emirate not situated along the Arabian Gulf, sitting instead on the eastern coast of the UAE; separated from the rest of the country by the Hajar Mountain's rugged line.

Despite it being one of the emirate's main business and commercial hubs, the clean beaches, water sport activities and, at certain times of the year, appealing climate, means that Fujairah is a big pull for tourists.

The spring and autumn months either side of summer tend to bring with them the most pleasant temperatures. At these times, the climate is hot but not unbearably so, with the temperatures generally hovering around the high-20s to mid-30s.

The main reason most people choose Fujairah over the other options in the region is to take advantage of the beautiful beaches and surrounding coastline.

If you're looking for something more than a beach holiday, the foothills of the Hajar Mountains offer the perfectly preserved Ain al-Madhab Hot Springs, which are located just outside the city.

Facing the Gulf of Oman and with a dramatic mountainous backdrop, the pale sand and clear waters offered by Fujairah's beaches can lay claim to be some of the best in the whole region.

You will even be able to hire sunloungers at Dibba and Al Aqah, and places to grab a bite are nearby, too.

Didn't get enough of the beach during the daytime? The good news is that you can enjoy a striking beachside dining experience in one of the many eateries that flank the shores, such as Gonu Bar & Grill or Bahari Beach Bar.

An Irish pub is popular no matter where you are in the world, and McGettigan's is no different. It offers a happy hour, quiz nights and open mic.

If you're looking for something that suits the scenery a little more appropriately, you may want to check out Tropicana Bar or Zorba Lounge.

For those of you wishing to make cultural attractions the focal point of your visit, the Al-Bidyah Mosque is the oldest in the UAE, the Sheikh Zayed Mosque is the second largest in the UAE - boasting no less than six minarets - and the Fujairah Fort is the oldest stone castle in Arabia, dating back to 1670. The city also has several markets including a gold and fish souk, and visiting them gives a fascinating look at day-to-day life.

Set along the seafront, the corniche (the tourist souk) is also definitely worth checking out, especially if you are there during Ramadan and Eid when the souks come to life after sunset and stay open well into the early hours.

The Fujairah coast is particularly good for exploring the enormous schools of fish and other sea life via scuba diving or snorkelling. You could go it alone with a simple snorkel set, or head to a dive centre like that found at Le Méridien Al Aqah Beach Resort.

Or, for something more traditional for locals, you could stop by the Fujairah corniche on any given Friday and join the hundreds of spectators watching the ancient sport of bull-butting (yes, it is exactly as it sounds!)

Fujairah has its own airport, but flights are only to/from Abu Dhabi (and are very limited). Getting there by car is much easier and will take you around 2 hours if travelling from Dubai. It is also possible to travel from Dubai via bus or taxi, but prices can range quite dramatically with these options.

When inside the city, taxis are plentiful and it's quite likely that you won't be able to take a few steps in the street without attracting the horns of passing taxis trying to acquire your custom.