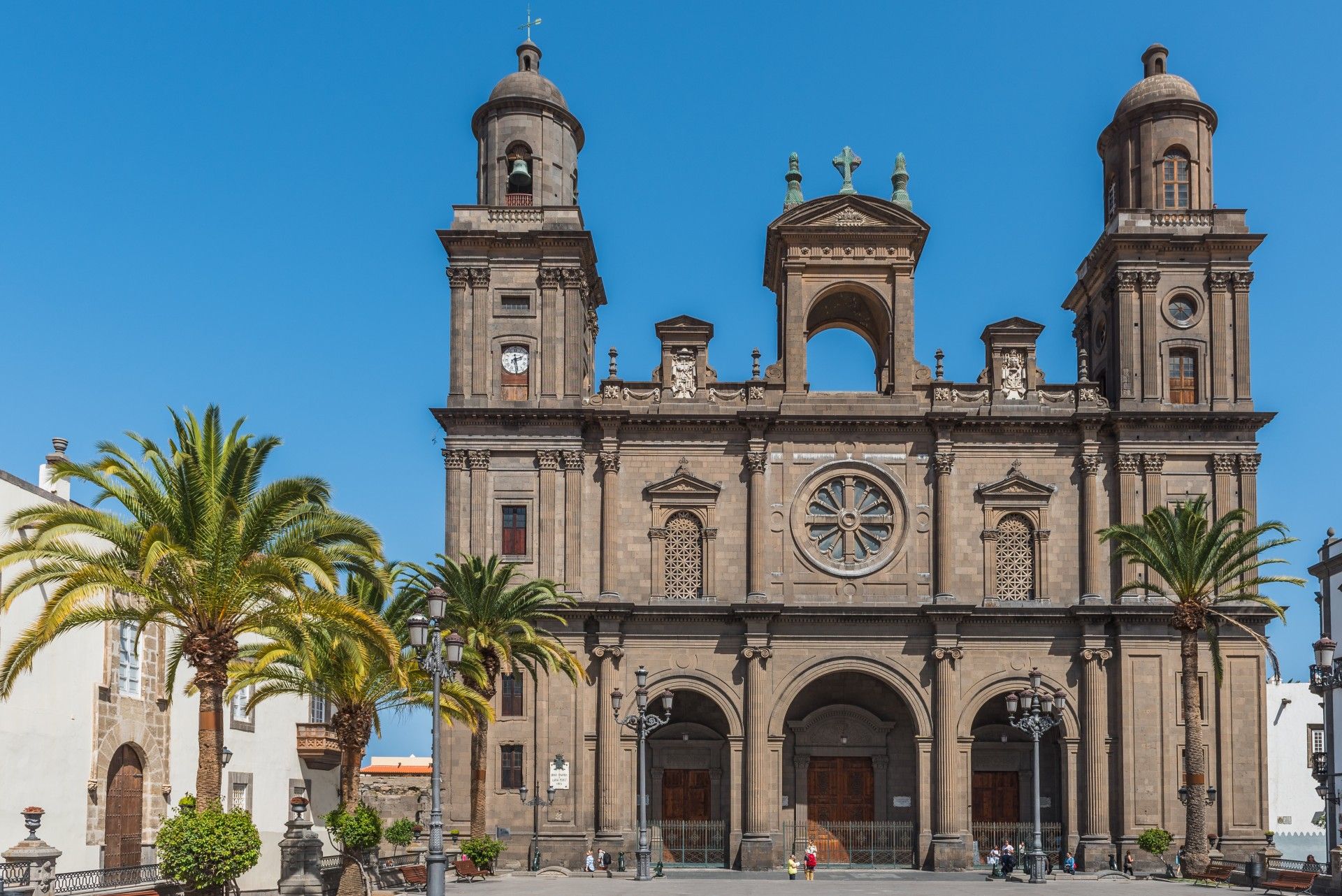 Situated in the north-eastern part of the island, the Gran Canarian capital is made up of two spectacular bays - Playa de las Canteras and Playa de las Alcaravaneras. Founded in 1478, Las Palmas de Gran Canaria boasts an important historical and cultural heritage, much of which can be found in the district of Vegueta, the oldest quarter of the town declared a UNESCO World Heritage Site in 1990.

As a major cruise-ship port, the city is known for it stupendous duty-free shopping opportunities and for its sandy beaches. At Playa de Las Canteras, a coral barrier lines the beach and shelters swimmers. There is also an annual Las Palmas de Gran Canaria carnival, which brings together flamboyantly costumed performers, music and dancing.