Simon Reeve is back with a new riveting series 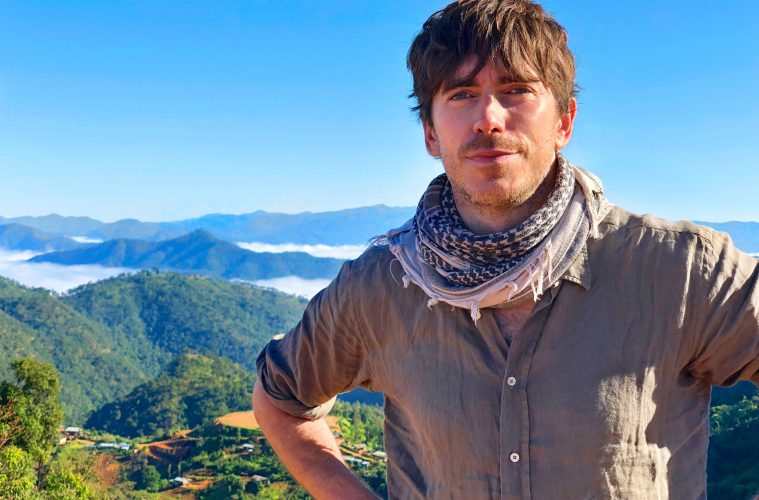 With over 130 countries visited, Simon Reeve is continuing his mission to explore the world as he sets out on an epic journey across the Americas.

Simon Reeve is an award-winning travel documentary maker and writer, his wide range of TV series have featured a variety of places and

Reeve has also written several books, one being the Tropic of Capricorn, which documented his travels around Africa, Australia and South America.

This year, Simon is back with a brand new series – The Americas. This two-part series tracks his adventures from Alaska to Argentina and begins on Sunday 6th October on BBC2 at 9pm.

The first series of this ambitious journey consists of five instalments and starts with the effect of global climate change. The opening moments of this documentary sees Simon land on an enormous glacier in Alaska’s Denali National Park. The shocking state of this remote corner of the earth is extremely hard-hitting as Reeve understands first-hand that this glorious landscape is receding at an alarming rate.

From here, the show continues to deliver on cultural, political and environmental issues. Reeve listens to both sides of the debate concerning President Trump’s plans to begin drilling oil in the Arctic National Wilderness Reserve. Canada prides itself on being far more environmentally friendly than the USA, so this will surely be a lively discussion to watch!

To lighten to the mood a little, Reeve takes part in the consumption of an interesting cocktail whilst visiting Yukon – spoiler alert: make sure you’ve had dinner before watching!

We also learn that Canada has its fair share of social problems. The vibrant hipster paradise of Vancouver is battling an epidemic, a powerful opioid addiction is spreading across the city and is costing people their lives.

With so much packed into just 60 minutes, The Americas with Simon Reeve is going to become one of your must-watch programmes! Make sure you tune into BBC2 on Sunday 6th October at 9pm!

Want to embark upon your own journey of discover?

We have a selection of tours across North America including;

If you’d like to find out more, simply follow the link below and start choosing your dream location today!