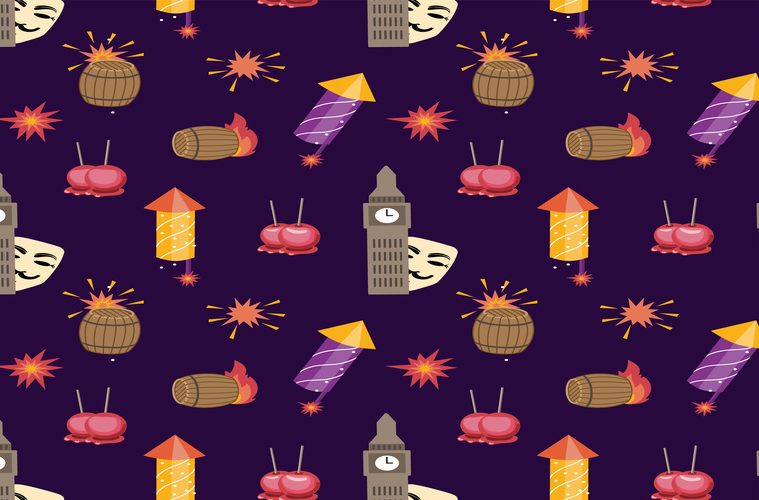 It’s that time of year again where we dust off our winter attire and head to a local fireworks display full of laughter and cheer, as well as some hot mulled cider and a tasty burger if we’re lucky. Fireworks night has rolled around once more…

The fifth of November,

The Gunpowder Treason and plot;

I know of no reason

Why the Gunpowder Treason

Should ever be forgot!

So, we all enjoy going to these wonderful displays of magical explosions of light in the sky and getting toasty near a bonfire, but how many of us really know and understand the origin of this early November event?

Journey back with us to the early 1600’s where civil unrest was ripe, and a group of men were determined to make a difference…

England 1603 and Queen Elizabeth I has died; the English Catholics that had been persecuted under her reign hoped that her successor, James I, would be far more tolerant of their religion as his mother was Catholic. However, James turned out to be less tolerant than expected and 13 young men decided that violent acts had to be carried out in order to change the status quo.

The 13 men, led by Robert Catesby decided that blowing up the Houses of Parliament would be the catalyst for change; in killing the King, the Prince of Wales and the members of Parliament who were making life difficult for Catholics, it would solve all the problems.

The plan was to obtain 36 barrels of gunpowder and stored then in the cellar under the House of Lords. However, as the group progressed with the plan, they soon realised that innocent people would be hurt or killed in the attack, including those who fought for the rights of Catholics. With doubt spreading throughout the group, many of the men started to question their decision, one of the men even sent a letter to his friend, Lord Monteagle, to stay away from Parliament on 5th November.

The warning letter soon reached the King and the King’s forces sprung into action to stop the conspirators.

The authorities stormed the cellar in the early hours of 5th November and found not only the 36 barrels of gunpowder, but also Guy Fawkes. He was caught, tortured and executed.

It’s never been clear if the plan to blow up Parliament would have been successful had they not been betrayed. Some believe that the gunpowder itself was so old that it would have been useless, however, as Guy Fawkes and the other conspirators were caught before the powder was lit, we’ll never know for sure.

The Gunpowder Plot struck a chord with the people of England and to this day the reigning monarch only enters Parliament once a year for ‘the State Opening of Parliament’. Prior to the opening and according to custom, the Yeomen of the Guard search the cellars of the Palace of Westminster.

On the night the Gunpowder Plot was foiled in 1605, bonfires were lit to celebrate the safety of the King, thus beginning the tradition of Bonfire Night.

From all of us at Mercury Holidays, we hope you have a wonderful Bonfire Night, but please be safe and take care if handling fireworks and sparklers!