5 books to read in Malta 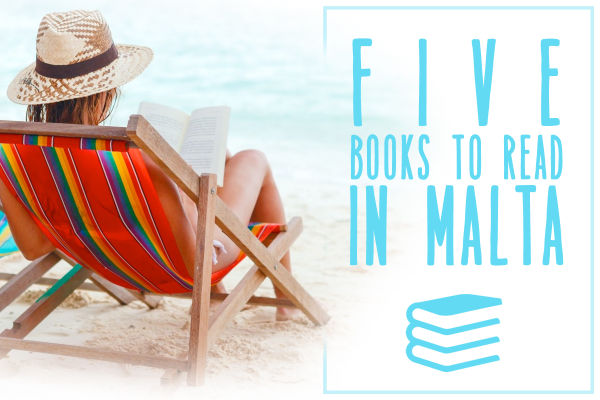 ‘Like Bees to Honey’ is an unusual tale that tells the story of Nina, who flies to Malta with her son Christopher to visit her aging parents. Nina’s parent had previously disowned her when she became pregnant while studying at a British university so this is not quite the family reunion you might expect. However, seeing her last chance to make peace with her parents she travels there to find that Malta holds secrets that she did not expect. It turns out that the island is actually a holding lounge for the spirits of the deceased and it seems that Nina can communicate with them. For some reason her son, Christopher, is somehow the key to this. As Nina helps the deceased they also help her come to terms with her own losses.

This modern day literary classic is a huge, door-stop of a book with one of the most famous opening lines in literature. Surprising and very long, you will be pleased you persevered with it. ‘Earthly Powers’ is an exploration of power and how it can be wielded in the world. It follows two men who have different kinds of power. Kenneth Toomey is an elderly novelist with respected works and a dubious reputation. Don Carlo Campanati is a man of God who can manipulate with the best of them and the two are tied through family, an understanding of humanity and the power they hold.

3. Death in Malta by Rosanne Dingli

Leaving his disintegrating marriage behind him, Gregory Worthington is an Australian novelist who has gone to Malta to be inspired for his next novel. Whilst in Malta, Gregory hears of the case of a missing child and decides that this would make a good subject for his writing. With romance and intrigue throughout, Death in Malta is about loving and losing with a great combination of moving and funny prose throughout.

4. Jukebox Queen of Malta: A Novel by Nicholas Rinaldi

It’s 1942 and wartime, Malta is under siege and Rocco Raven, a mechanic from Brooklyn has found himself posted on the island. When Rocco sees the enchanting Melita, who delivers jukeboxes built by her cousin out of debris, they embark on an exciting affair. Compared by many to the moving ‘Captain Corelli’s Mandolin’, ‘Jukebox Queen of Malta’ is a celebrated novel about passion, love and war.

5. The Sea of Forgotten Memories by Federico Chini

It is 1980 on the Maltese Islands and the death of a fisherman has led to a police investigation. It seems the mystery of the present may only be solved by looking into the past. This thriller will take you into the world of three generations, three mysterious deaths and a world of haunting secrets. This Malta set thriller is unusual and will stay with you when you have finished reading.

Mellieha, MaltaSeabank Hotel and Spa
Sun, 9th Jan
7 nights
Half Board Plus
from £359.50pp