Throughout history, Malta has had its fair share of invading forces wanting to make the islands their own. The reason for this is because the shallow protected coves, open seas and elevated coastline viewpoints are a perfect fit for the strategic needs of any expanding empire or military force.

Malta is often referred to as ‘Fortress Island’, and after spending any time here at all, it’s not difficult to see why. While the days of Ottoman fleets and savage invaders are long gone, the fortifications that once stood to protect the islands are still standing to keep a watchful eye on the Maltese coast.

Mostly from two periods in history, the fortifications date back to the time of the Knights of St. John (1530 – 1798) and to the time of the British occupation (1800 – 1964), and wherever you are on the island you’re bound to stumble across a reminder of the many military crusades and wartime battles fought here. 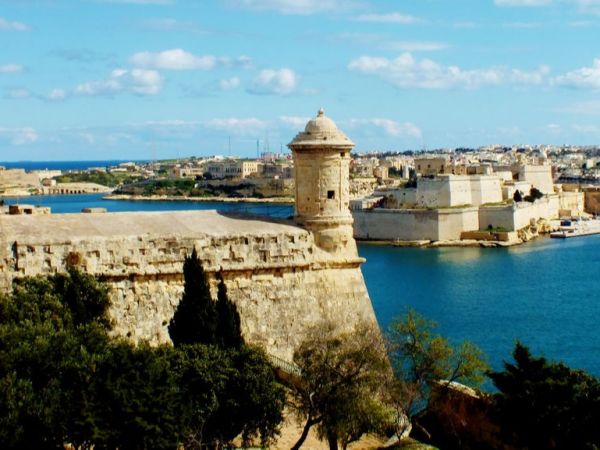 From the beautiful and serene public gardens in Valletta you get the perfect view of the Grand Harbour below. The Grand Harbour has been a place of refuge since ancient times and is an integral piece of Maltese history. Flanking the northeast mouth of the harbour is Fort St. Elmo, with Fort Ricasoli on the other side, close to the Three Cities of Cospicua, Senglea and Vittoriosa. 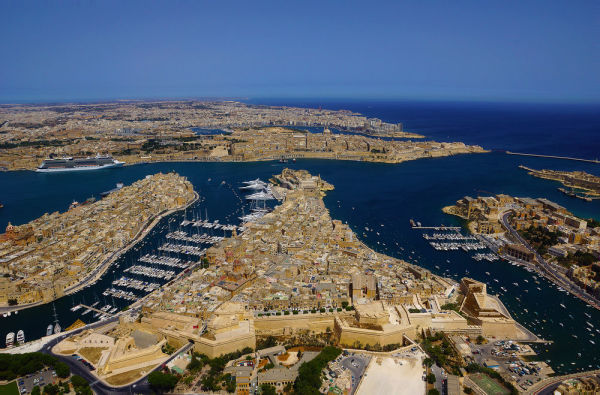 What once was a small defence; in 1488 the Knights of St. John landed in Malta and set about reinforcing and strengthening Fort St. Elmo over the years. It would eventually become the site of one of the bloodiest and most celebrated events of the sixteenth century, as it was here where the Knights and the Maltese fought off the invading Ottoman Empire in the Great Siege of 1565. To this day, Fort St. Elmo still holds historically faithful military parades and re-enactments that celebrate this victory. 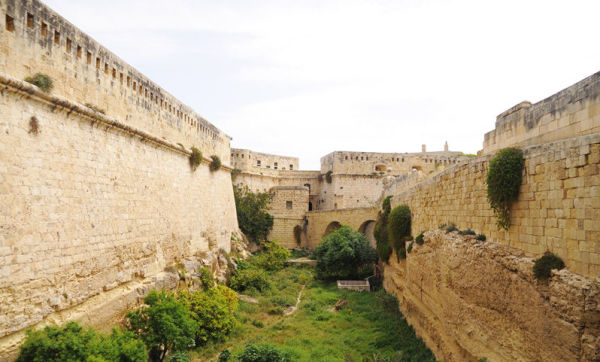 After the victory of the Great Siege in 1565, the Knights started making plans to build what would eventually become the capital city of Valletta, and many of the structures put in place back then can still be explored today. The raised gun platform that was once erected to counter land attacks is called St. James Cavalier, which today has been renovated into Malta’s Centre for Creativity. Other interesting structures include the five remaining auberges (or hostels) that were built to house the Knights of each of the European territories in the Order of St. John. One such auberge is the Auberge de Castille, which today is the home of the current Prime Minister and one of the finest architectural works in Malta. 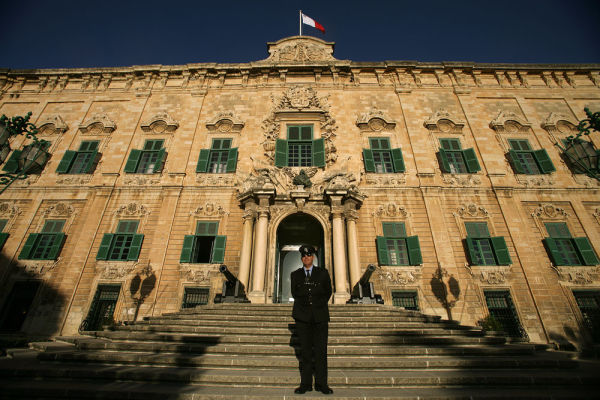 The Silent City of Mdina

Getting lost in the ancient stone walls of Mdina is the perfect way to take in all of the exquisite architectural detail of Malta’s old capital city. It’s named “the silent city”, and today the local authorities restrict the number of cars allowed to enter the city at any given time, ensuring that it remains a place for quiet reflection and that the focus is kept on Malta’s medieval and aristocratic past.

Mdina first received the Knights of the Order of St. John after their expulsion from Rhodes in 1530, and it has been home to Malta’s noble families ever since. The medieval bastions that have stood guard over the city for centuries even protected the Maltese people during the onslaught of the Second World War. Surrounded by a wide moat and many defensive bastions and fortifications, this medieval town is up high on a hill with great views over most of the island. 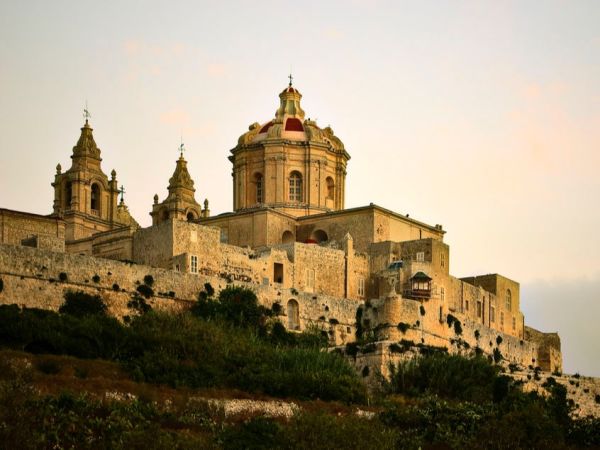 All along the coastline of Malta you will find countless lookout posts and watch towers that were built by the Knights in the seventeenth century. Each post or tower was built to act as a warning for incoming invasions. They were positioned just close enough to one another so that upon discovering any signs of incoming enemies, a fire would be lit and then seen by the next post, who would subsequently light their own fire and so on until the entire island would be aware of the warning.

This costal warning system was overseen by three Grand Masters, Wignacourt, Lacaris and De Redin, and was sixty years in the making. Many of these towers are still standing, and some such as Wignacourt Tower in St. Paul’s Bay are open daily to visitors. 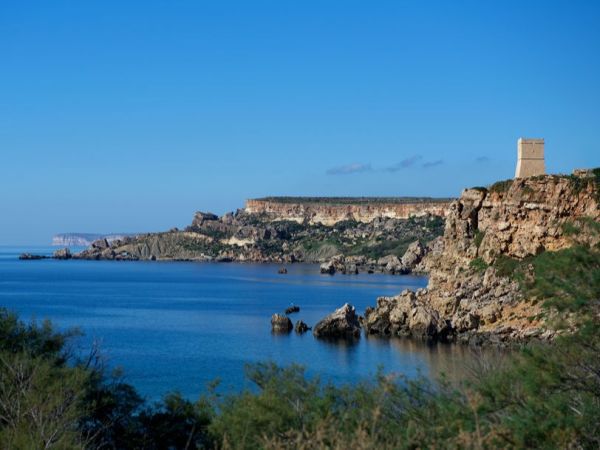 St. Agatha’s Tower is situated in northwest Malta in the village of Mellieha. Built in 1649, this tower served to act as the main point of communication between Malta and its sister island of Gozo. Known as the Red Tower due to the painted colour of its façade, this historical site still stands and is open to visitors who can enjoy spectacular views of Gozo, Comino and Ghadira Bay. 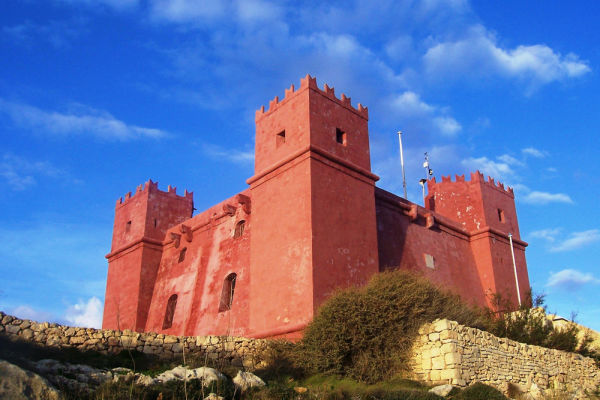 Once the British arrived in Malta in 1880, they set about making use of the existing fortifications and they also built a number of their own. Fort Madalena in Madliena was built during the reign of Queen Victoria, and was later used by the Royal Air Force, in keeping with its original status as a protector of Malta. Today though, the fort is used as the headquarters of the St. John Rescue Corps and falls under the responsibility of the Armed Forces of Malta.

Fort Rinella on the eastern side of the Grand Harbour was built around the same time as Fort Madalena, between 1878 and 1886. At the time it was considered to be the most technologically advanced war machine ever constructed, and was put to use protecting Malta from the might of the Italian navy. The fort is found in the town of Kalkara and is open to visitors every day apart from Monday, with guided tours, historical films and authentic re-enactments. Famed for the 100-tonne gun (with a barrel almost ten metres in length), Fort Rinella makes for a fascinating day out. 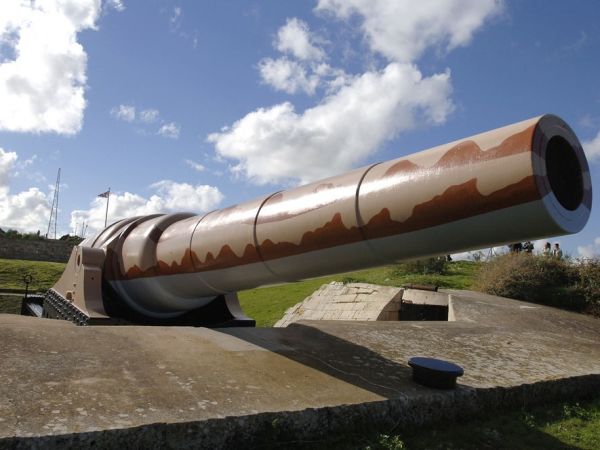 Exploring the rich history of Malta through a trip to one or more of the island’s unique fortifications makes for an unforgettable holiday experience. You don’t even need to have any prior interest in military history to enjoy a visit to these ancient defences, as the sights of the surrounding areas, as well as the fortifications themselves, are equally spectacular and interesting.