Wanting to holiday somewhere hot, peaceful and relaxing? Need to feel the warm sand between your toes and the refreshing spray of the cool Atlantic sea? Playa Blanca on the southern tip of Lanzarote is the obvious choice! We're spending 24 hours here to see what makes it such a lovely choice for a holiday. Come with us as we explore Playa Blanca its beaches, coves, great weather and marina. 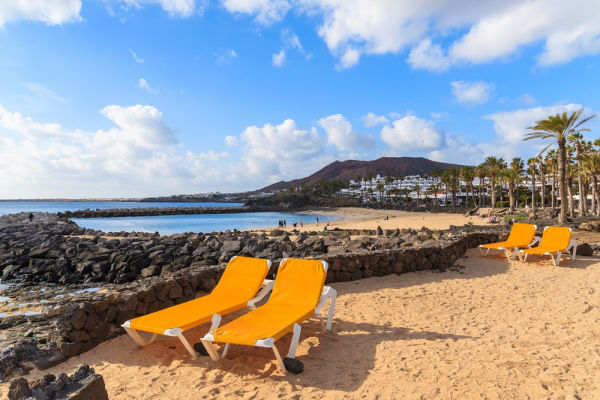 After arriving in Lanzarote in the middle of the night and catching up a couple of hours sleep in our hotel, we were still a little tired when we woke up for our first morning in Playa Blanca. After a little stroll along the beach, we decided there was nothing for it – a big breakfast was the only cure! We decided on The Irish Anvil Bar, as we needed a little taste of home before exploring the area properly. After a hearty breakfast the beach was calling, so we headed down and let our food digest whilst lying down with the sun on our faces – sheer bliss. After this we took a stroll along the coast to Rubicon Marina, a clean, modern and beautiful area where there were some lovely shops, as well as all manner of amazing boats glistening in the summer sun. 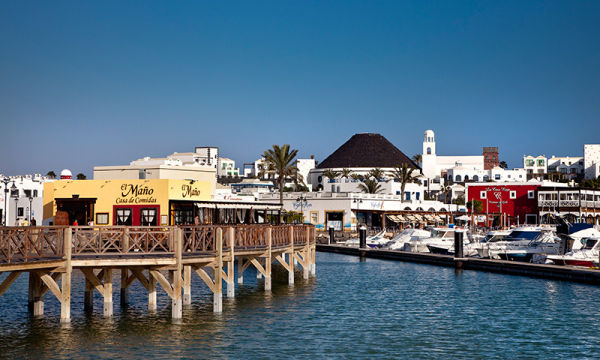 A little swim & something exciting

The water surrounding Lanzarote is incredible, it’s a comfortable temperature, as well as crystal clear and gentle. The combination of these features meant it was the perfect opportunity for us to try our hands at scuba diving, so we’d reserved a beginner class online before we got here. Once we were finished at the marina, we got a taxi to the dive centre, feeling excited but a little apprehensive! My personal apprehension wasn’t helped when I felt how heavy an oxygen tank was. My first thought was, how’s this going to float? However, we were quickly very thankful that we had chosen Dawn Dives Academy, we got the chance to start our diving in a pool, which was much better than being straight out in the open water. All of the theory was explained very clearly, and by the time we were beneath the water, we both felt very comfortable and safe. Once we emerged from the water after our pool dive, the two of us were desperate to get in the sea for real! We were pleased to discover that we’d been right about the water; it was crystal clear and there were plenty of fish to see. The whole scuba diving experience really couldn’t have gone any better, and we even got a Professional Association of Diving Instructors certificate afterwards. Not bad for only 70 Euros each! 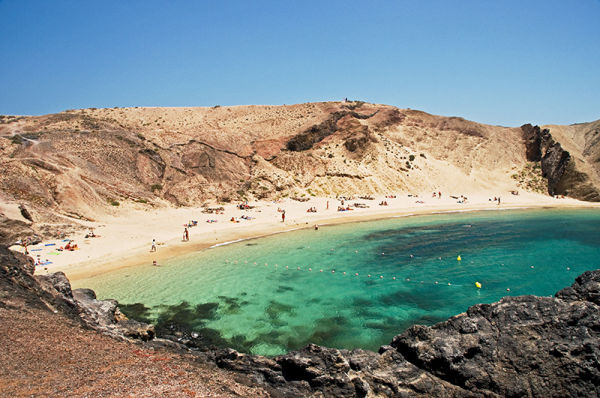 Time for some food

We chose to have our dinner at a restaurant called Atlantico, which served Portuguese cuisine; we made the right choice! The meal started with a series of tapas dishes, including melon with smoked ham, a dish based on mussels and a cucumber with Lanzarote cheese dish. These were all amazing and left us excited about what was to come. Overall, both of our meals were spectacular, as we left we were wished well and politely ushered out of the restaurant. It was time for drinks!

We headed tp the Lounge Bar as we'd heard the cocktails were about as amazing at the names they were given, and our first two were very quickly followed by two more of the same. As well as serving delicious drinks, The Lounge was really modern and everyone in the place was in a great mood, including the owners and staff. It’s hard to imagine that we could have found a better way to top off what had been an incredible 24 hours in Playa Blanca. 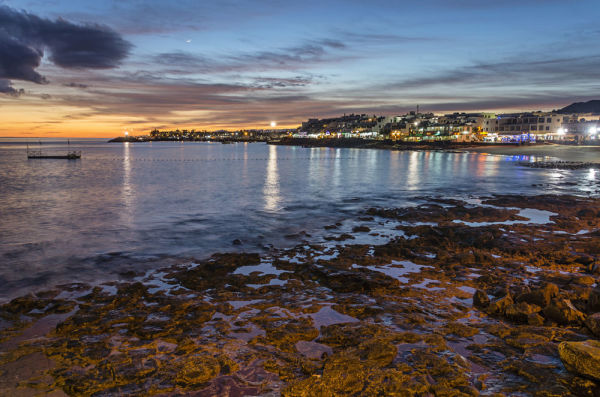