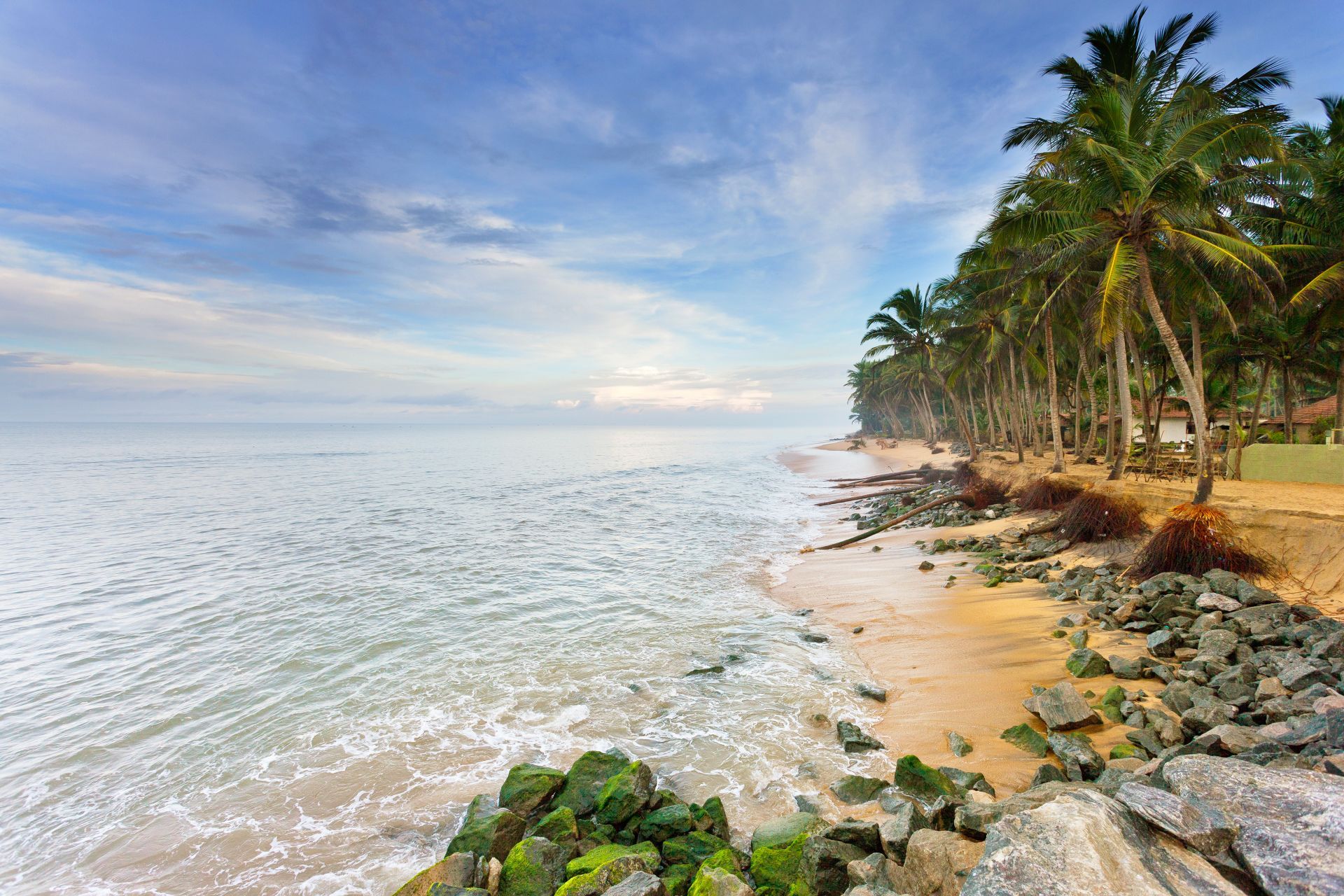 Marawila is located on the west side of Sri Lanka, north of the larger town of Negombo. The hotels here have become popular with visitors looking for a quiet and relaxing holiday away from the hustle and bustle found in some of the nearby larger holiday resorts.

Although the town is set slightly away from the coast, there are hotels situated right on the shoreline and those wishing to visit the beaches during their trip will find quiet strips of sand beautifully lined by rows of coconut palms.

The beaches and resorts found on the west coast of the island are driest and, as a result, busiest during the months of December to March. This is because the Maha monsoon effects the east and north, meaning rates are highest in Marawila and the surrounding areas during the British winter months.

When the weather in the north and east flips, generally between May and August, so too does it in the west and south. This means that as precipitation rises, the rates decrease, so this is the time to aim for if you don’t mind risking rainfall in exchange for better value.

Given the understated and serene atmosphere of this small fishing village Marawila beach is, without question, the biggest draw the town has to offer. The golden strip is dotted with palm trees and is the perfect location for sun worshippers to lay back and enjoy the warm sunshine, or marvel at the local fishermen tending to their nets and oruvas.

Away from the shoreline, the Holy Cross Church, Kurusa Palliya, has history and local legends of faith healing that dates back to 1920. As the story goes, a parish priest placed a cross in a cemetery, and a child was healed of skin ailments by washing in the same water used to clean the cross some decades later. To this day, people still flock to the Holy Cross when plagued with diseases in search of a cure.

There are plenty of options of varying degrees of cost and prestige in the hotels found along the coast, with international cuisines and local dishes on offer. Outside of the hotels, you may find yourself limited to local establishments whose menus comprise mostly of local curry and rice dishes.

There is very little nightlife of any description to talk about, save the bars found inside your hotel. For night time entertainment that is slightly livelier (and which is getting more and more popular) the hotels, bars and cafes found in Negombo hold appeal.

In addition to the Kurusa Palliya, there are many other large churches, owing to the largely catholic population which has garnered the local idiom Little Rome. As quite an industrious area, visitors on a Marawila holiday can also explore the many batik workshops and tile factories to be found in the surrounding area, perfect for securing a souvenir to take home.

Marawila is a lush and fertile area which can be seen in evidence by the number of paddy fields which dominate the local area. Due to the large amounts of water, visitors can also bathe in the many lagoons which are well worth exploring. The Kandy Day tour, which departs from Marawila and takes in the UNESCO-listed Sacred City of Kandy, and visits to the Spice Garden, the Temple of Tooth Relic and Market Square is a perfect way to take in a lot of the local attractions in one hit.