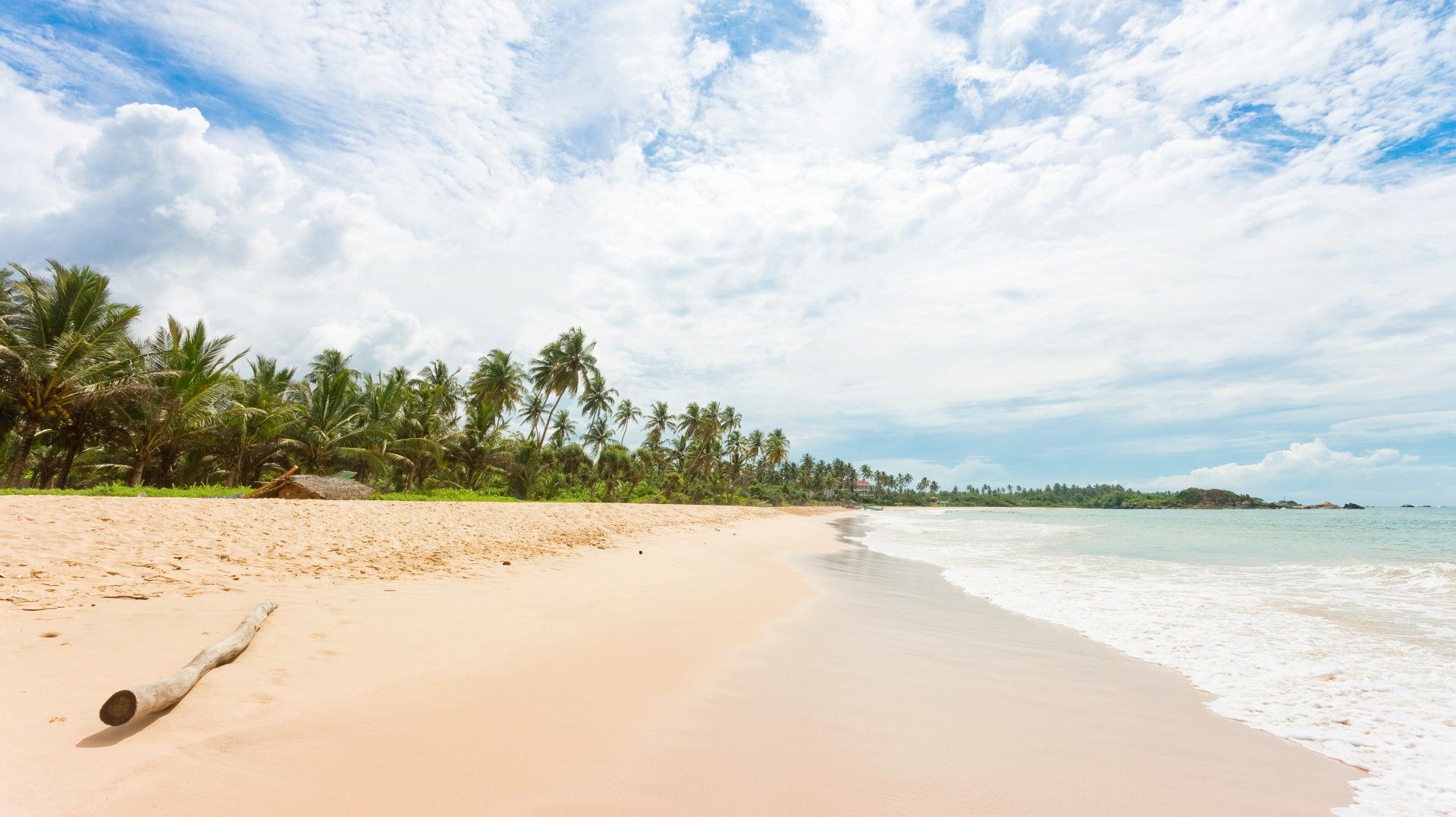 If you like your holidays quiet and largely uneventful, then Ahungalla in south-west Sri Lanka, a place where not much is going on -- which is precisely its appeal -- could be exactly what you’re looking for. It’s a taste of laidback Sri Lankan life, with a beach about as attractive as you’re likely to find anywhere in the region… and that’s pretty much it.

Situated close to the equator, Sri Lanka benefits from fairly consistent temperatures throughout the year and, along the coast, we’re talking about average daily highs that reach into the thirties.

It is this side of the country that has to tolerate monsoon season during our summer months, meaning winter is nice and dry. For ideal weather conditions, we’d recommend you plan your travels between January and March.

As already mentioned, there really isn’t too much to do in Ahungalla except take advantage of the golden sands and warm, tranquil Indian Ocean. The stretch of coast available is substantial, so locating an area of solitude should be easy enough.

Bring a book, some refreshments – or better still, grab yourself a cocktail – then kick back and lull the day away, making sure you stick around for the pretty spectacular sunset.

If you fancy doing some exploring and site seeing, a great daytrip can be had in the popular town of Galle, which is an hour’s drive away and features the wonderful Galle Fort and 17th Century baroque-style architecture.

The hotels in Ahungalla offer a great taste of the distinctive and aromatic national dishes. Make sure you delve into the array of curries on offer, and don’t be afraid to try out some breakfast food that you may not be very used to!

The nightlife scene is fairly restricted, usually centring around the bars you can find inside the hotels. But there’s still plenty of those, so there’s no danger your thirst will go unquenched. Sri Lanka’s delightful coconut milk is not to be missed, so make sure you try at least one cocktail with that as the main ingredient. That’ll make for a welcome taste after you’ve sampled the national spirit, arrack.

When the most well-known building, and also the largest, is the Heritance Ahungalla, which is a luxury hotel, it doesn’t bode well for a culture steeped in history and fascination.

Located around 47 miles south of capital city Colombo, Ahungalla doesn’t have much for the sightseer in you, but the one-hour drive to Dutch-colonial Galle should satisfy those specific needs quite nicely.

Ahungalla is situated on the A2 highway, which connects Colombo with Wellawaya. There is also the Coastal and Southern Rail Line accessed via Ahungalla railway station, though few trains ever stop there. While in the town, zipping around in a tuk-tuk is the best way to experience a bit of authentic local life.